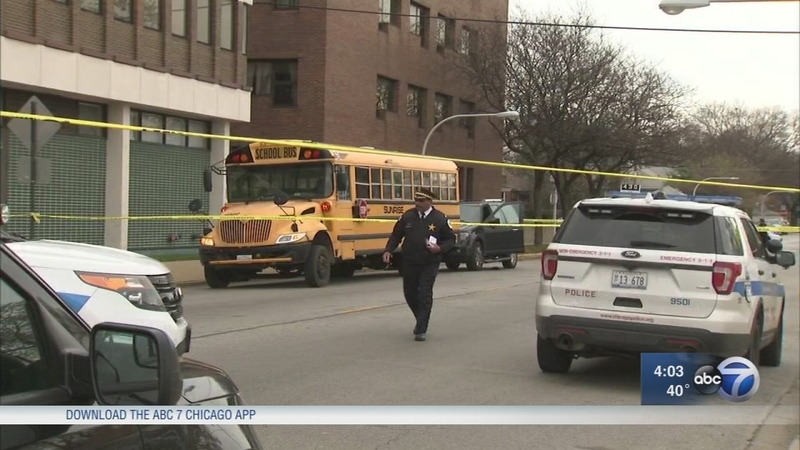 Police said a suspect in the stabbing was taken into custody Friday evening after Safe Passage workers called police after speaking to the man near 76th and Chappel.

Police said the 47-year-old officer was sitting in her SUV at 8:14 a.m. when she was attacked inside her car. At some point during or after the attack, the woman crashed her SUV into the back of a school bus near 76th and Stony Island Avenue, police said.

The officer sustained multiple stab wounds and was taken to Northwestern Memorial Hospital in serious-to-critical condition, police said. Her condition has since been stabilized and she is expected to recover, authorities said.

One child who was on the school bus said they had a headache after the accident. That child was taken to an area hospital.

Police said the officer and her alleged attacker know each other.