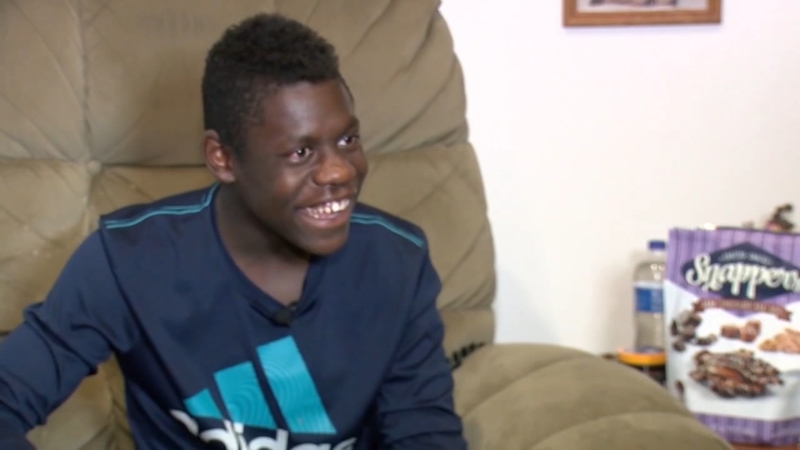 WEST BOUNTIFUL, UT -- An officer pulled out a gun on a child who was mistaken for an "armed and dangerous" suspect involved in a manhunt Thursday afternoon, police said.

"What emotions were going through your head," ABC4's Brittany Johnson asked DJ Hrubes.

DJ was playing in the front yard of his home when an officer with the Wood Cross Police Department reportedly approached him, drew his gun and yelled for him to "get on the ground."

"I was so confused. I didn't even know what was going on," said DJ.

Jerri said she heard the commotion and ran outside.

"I see a police officer holding my 10-year-old at gunpoint with a pistol at his head and I go flying out," Jerri said.

ABC4 News was given a description of the suspects involved in the manhunt. We were told multiple police agencies were looking for two Polynesian men with darker skin and average build.

"Looking back, did your officer do the right thing?" asked Johnson.

"Absolutely," replied Osoro. "On a call like this, we already have shots fired and they've already taken violent actions against someone. We're out here to protect the public and ourselves so we feel the officer did nothing wrong."

Jerri believes the officer is "prejudice" and targeted her son because of the color of his skin.