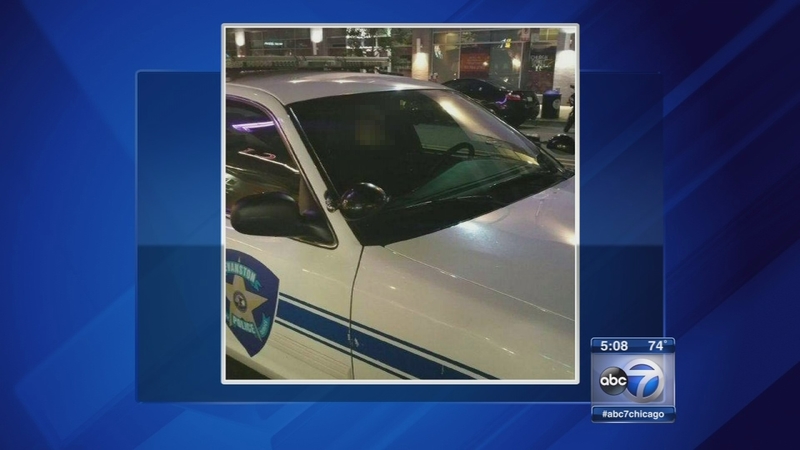 EVANSTON -- The Evanston Police Department says it's embarrassed after one of its officers was photographed asleep in his police car this weekend.

That officer is now facing disciplinary action after the picture of him sleeping in his squad car was posted on social media. Police officials say the behavior shown in the picture is not consistent with what they expect from their officers.

The pictures appearing to show the officer sleeping are quickly making the rounds on social media after the person who actually took the photos shared them with community activist Carolyn Murray.

"The photos were sent to me by a concerned citizen who has a problem with the police some brutality and they're upset as well," Murray said.

Murray became a community activist after her 19-year-old son Justin was gunned down in November 2012. His slaying remains unsolved.

She said the incident is further proof that Evanston's mayor and police chief need a better way of fighting crime especially in the suburb's African American neighborhoods.

"It's an ongoing issue we have with the relations with the police department and the mayor doesn't seem to be concerned and we feel that she's sleeping just like the officer," she said.

Neither the mayor nor the police chief could be reached for comment.
Murray said the photos were taken Saturday night around 11 p.m. as the picture-taker, who wishes to remain anonymous, left a movie theater in the northern suburb.

The images show a uniformed officer sitting in the driver's seat of his marked squad car with his eyes closed with his head back. While in his squad car, it is unclear if the officer was on duty or on break.

Police officials say behavior shown in the picture is not consistent with what they expect from their officers.

A department spokesperson says the officer was at the tail end of a double shift when he fell asleep, adding in issued a statement that reads in part: "We are held to a higher standard and it is unacceptable as well as embarrassing."

Sunday afternoon, department officials say the officer has accepted full responsibility and will be disciplined, to what degree has not been decided.