Program teaches children how to protect themselves against online predators 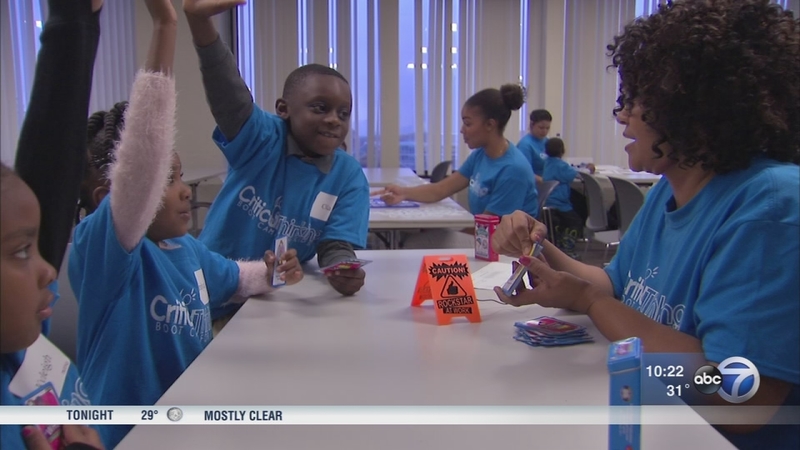 Program teaches children how to protect themselves against online predators

With every new app, new game, new online friend, parents try to keep up with the technology that is constantly evolving.

Keeping up with kids' technology can be a full-time job, but there are resources to help parents.

A unique program called The Critical Thinking Child uses puzzles and games to help teach youth how to protect themselves against online predators, because smart kids can find ways around parental blocks and overloaded parents.

"We are overwhelmed with this," said parent Christina Giunta, who deleted an app that allowed any user to access her daughter's videos.

Recently, her 13-year-old daughter's friend was chatting with boys she met on that app and one of the boys made a request for some nude photos.

"I think it's terrible. I can't believe how young it is happening now," Giunta said.

Kenya Grooms daughter was 6 when the young gymnast was simply having fun making videos on an app. Then a family friend alerted Grooms about a video that was public showing her undergarments.

"I was worried about who saw it, how many people saw it, who could track it," Grooms said.

Some parents are surprised to learn they have to deal with some of these cyber concerns even with kids as young as 4 years old.

Last month, federal prosecutors charged Richard Barnett, of Aurora, for posing as a 13 year old on an app called Musical.ly and allegedly threatening to kill girls if they didn't send inappropriate photos of themselves.

Musical.ly, which is a platform for users to share videos, has guidelines that say it's only for children over 13 and offers suggestions to parents on settings to limit contact.

Regardless, Hillarey Rendleman said a parent never knows where their child is going to click next.

Rendleman, who has a 5-year-old daughter, deleted the Musical.ly app once she realized it has a chat feature.

"She's a little girl," Rendleman said. "She doesn't know who she is talking to, it could be adults, who knows what their intentions are."

To prepare for the digital world, Rendleman's daughter, Georgia, is in a boot camp for critical thinking called Critical Thinking Child.

The Critical Thinking Child was started by Lemi-ola Erinkitola, a mom-turned-tutor who was frustrated with academic curricula that didn't teach critical thinking skills.

Her program has games, such as solving puzzles without knowing the final image, that teach children to question and be more aware of what they are seeing.

The lure to technology is obvious, but the questioning and independent thinking takes practice, Erinkitola said. She adds that the skill has a big payoff as it's a tool children can use in academics and the real world.

"With technology, we can't take this skill for granted, it needs to be nurtured," she said.

Father Olumide Owolabi said the program helps children starting asking questions, such as "Why it that person trying to talk with me?"

"We need to start talking to our kids about it when they have a device in their hands," said Giunta, the mom who deleted the app from her child's device.

"I was shocked that I was having a conversation about being safe on the internet," said Grooms, the mother of the 6-year-old. "But it's important and I think parents should start having those conversations as early as possible."

While parents can't police everything online, they can restrict access and teach tools and techniques to help their children make better decisions about how to be safe online.