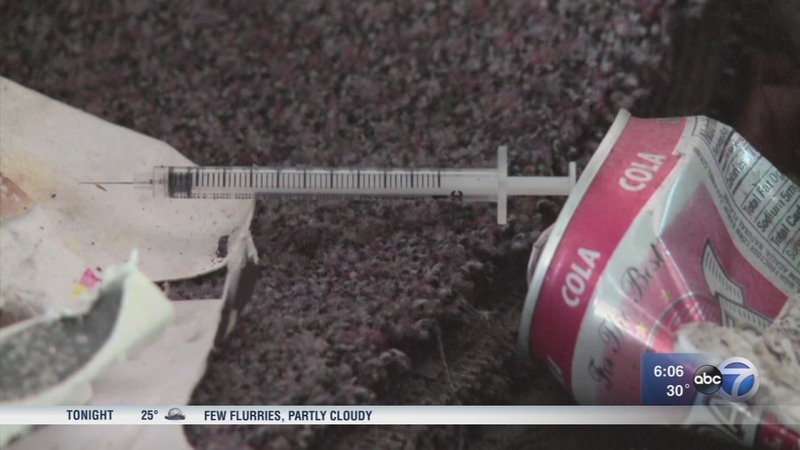 Illinois, Indiana and Wisconsin are seeing a huge spike in emergency room visits due to opioid overdoses, according to the latest figures from the Centers for Disease Control and Prevention.

CDC officials call it a "calamitous drug crisis" with Wisconsin ER's reporting the number of OD cases more than doubling between July 2016 to September 2017.

Nationwide in that stretch of time, more than 142,000 people were rushed to hospital emergency rooms for opioid overdoses - and CDC data suggest the trend is from bad to worse.

Illinois officials have recently rolled out a statewide effort to fight opioid abuse. In December, the Opioid Overdose Prevention and Intervention Task Force established an all-hours helpline to provide assistance to those impacted by pain killer addiction.

According to the most recent data, nearly 1,950 people died from opioid overdoses in Illinois. Task force leaders say they aim to "combat further drug overdose tragedies."

In Chicago, where opioid abuse has skyrocketed in recent years, hospitals are seeing a surge in overdose patients coming into their emergency rooms.

"Whether that be pill, prescriptions that are often times intentionally used, abused or overdosed as well as heroin and even heroin alternatives so a lot of increase in synthetic opioids," Dr. Mark Courtney of Northwestern Medicine's ER told the I-Team. "Fentanyl is something we are seeing a tremendously large amount of in terms of overdose patients that are coming."

"Sometimes the patients know they are taking fentanyl, sometimes they don't," Dr. Courtney said. "They may buy heroin expecting that the same dose will result in the same degree of effect for them and end up significantly and profoundly overdosed - difficulty breathing, sometimes not breathing at all."

According to the CDC:

Illinois' statewide opioid helpline is available at 1-833-2FINDHELP and is funded through a federal grant from the Substance Abuse and Mental Health Services Administration.