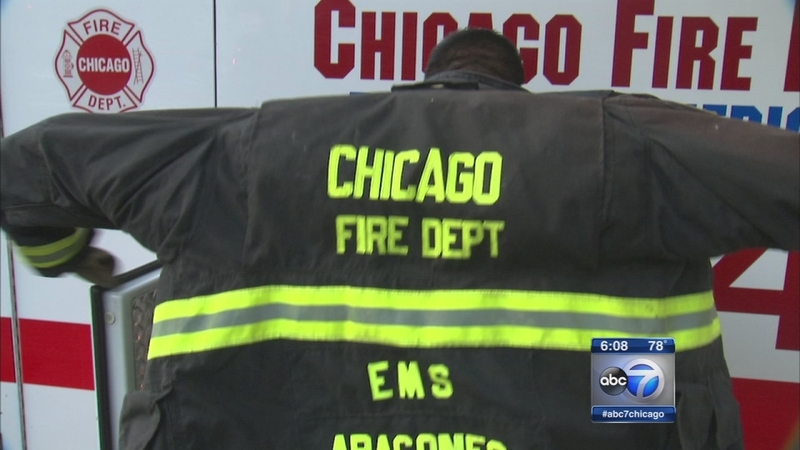 CHICAGO (WLS) -- Nearly three years after the I-Team exposed regular attacks on Chicago paramedics, a new city ordinance is finally in the works to protect them and all first responders.

Under the proposed ordinance, city hate crime laws would be expanded to protect police, fire and EMS crews. Paramedics say that incidents that keep them from doing their jobs and endanger their lives happen roughly once a day.

"We had nothing. No warning," paramedic Melanie Howe said.

Now, relief is proposed in an expansion of Chicago's hate crime law to include current, former police and fire officers and emergency crew members. It would also include an increase in fines for those who attack first responders and convicted violators would face up to six months in prison.

"The wheels of justice move slowly. We're just happy that someone is finally taking this seriously, that we're going to get something done about this because these people are out there risking their lives every day to provide service and render aid, and they should not be attacked while on the performance of their duty," said Thomas Ryan, president of Chicago Firefighters Union Local 2.

The ordinance sponsored by six alderman will be introduced on the City Council floor and comes 2.5 years after the I-Team rode with a Chicago ambulance squad in Englewood to get a first and look at the dangers lurking around every corner.

Kasper was treating someone she says appeared intoxicated and didn't want to go to the hospital. During a routine blood pressure check, she was blind-sided.

"As I leaned down, she cold-cocked me, right in the face. She punched me right in the face and gave me a nice black eye to take home to my daughters. When she connected, I felt the thumbnail, it kind of came down across here, and I just, I kind of saw stars for a second," Kasper said.

Fifty-two percent of all EMS workers had experienced that kind of violence, according to the National Association of Emergency Medical Technicians.

"Teeth knocked out, knocked unconscious, kicked in the face, knocked down flights of stairs," Ryan said.

Chicago aldermen are also looking to urge state lawmakers to expand Illinois' hate crime law to cover first responders. Across the country this movement has been nicknamed "Blue Lives Matter."

The state of Louisiana became the first to pass similar hate crime protections last month, placing crimes against law enforcement and EMT's on par with crimes against minorities.