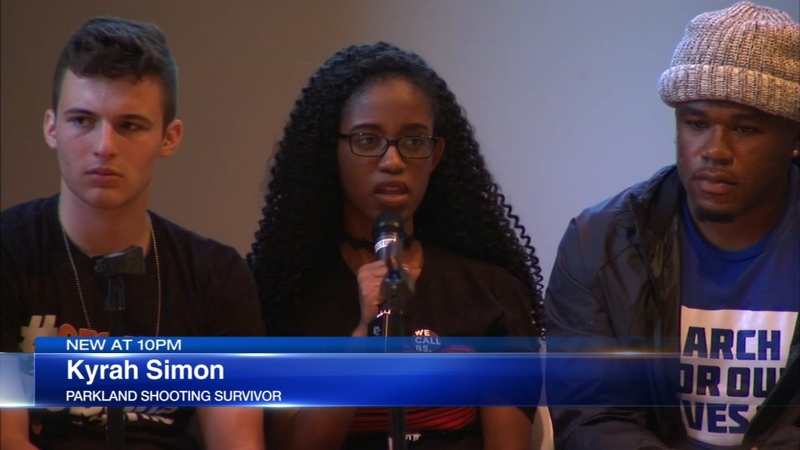 Four months ago, a former student fatally shot 17 people at the Parkland, Fla., school. On Saturday, about 300 people gathering at the DuPage Unitarian Universalist Church to hear from the survivors.

The town hall event turned the microphones over to students from both Parkland and Downers Grove, who helped put together a Q&A session on the effects of gun violence.

"I lost my friend since I was five, Helena Ramsay. And what it taught me is that there are a lot of things going on in this country that don't affect you until they affect you and you can't be ignorant about things going on around you because it hasn't happened to you," said Kyrah Simon, a Parkland survivor.

"All we want is to inherit a country that is safer and better for everybody involved. The only horse we have in this race is living to see tomorrow," said Cameron Kasky, a Parkland survivor.

The Parkland teens are traveling around the country to promote REV -- Register, educate, vote.

"We're getting to a point in America where more children are being killed on our streets than servicemembers at war. We have a war on our streets and it's time that we come together as a community and fix it," said Parkland survivor David Hogg.