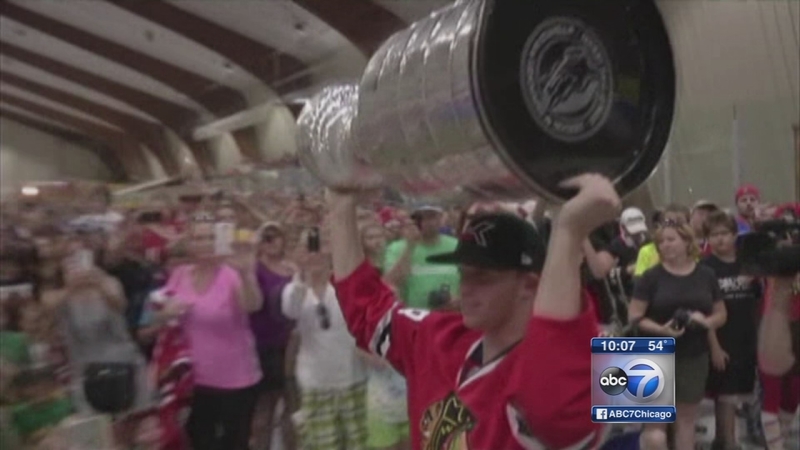 CHICAGO (WLS) -- The woman who accused Patrick Kane of rape is reportedly no longer cooperating with investigators.

The Buffalo News reports the woman said stress from the high-profile case is taking its toll on her and her family.

Kane was back on the ice at Blackhawks practice Tuesday and seemed unaffected by the developments in Buffalo.

"There is no point in me answering anything else right now," he told reporters. "Nothing's happened."

Kane's lawyer Paul Cambria has said he won't comment publicly about the case until the district attorney releases an official response. He has always maintained his client's innocence.

While the Blackhawks star had nothing to say today, sources in the Erie County State Attorney's office outside Buffalo told the Buffalo New that Kane's accuser signed a document called an Affidavit Declining Prosecution, which makes it very difficult for prosecutors to proceed with a case.

The woman went to authorities in August, claiming the Chicago Blackhawks star attacked her in his home in western New York after a night out.

Numerous sources have told the newspaper it is unlikely Kane will face any charges.

"It's a practical matter," says Gil Soffer, ABC7 Legal Analyst. "If she's declining to cooperate, there's not much of a case left."

Soffer says it's unclear whether the accuser has lost faith in the case or simply doesn't want to endure a potentially painful criminal trial. Either way, it brings the ordeal one step closer to being resolved for Kane and his teammates.

"I commend Kaner and how he's handling the team," said coach Joel Quennville. "We haven't ever mentioned it or talked about it. It's been business as usual."

The case is far from over for Kane, however. The lack of criminal charges does not prevent Kane's accuser from filing a civil suit.

"It's a near certainty now that there won't be a criminal prosecution by the state," Soffer says. "It should leave her free if she wants to pursue a civil case."

The man who would have prosecuted Kane, District Attorney Frank Sedita was quiet as well.

On Tuesday, Sedita ran unopposed in New York for a Supreme Court judgeship. He had told the media he would make a decision before he officially took office.