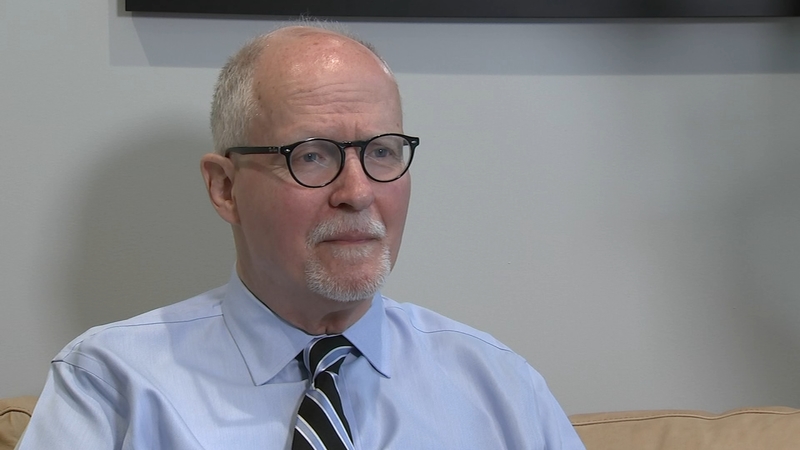 CHICAGO (WLS) -- Another familiar name is jumping into the race for Chicago mayor.

Paul Vallas, the former CEO of Chicago Public Schools, who was also a candidate for mayor in 2019, formally announced Wednesday morning that he is running again.

Vallas spoke one-on-one with ABC7 Political Reporter Craig Wall about what he thinks needs to change and how he would address violent crime.

Paul Vallas is ready to get off of the couch and test the political waters once again. Crime, he said, is the city's biggest concern.

"The city's in crisis and I believe I have the skills and the experience and the courage to do what needs to be done to get the city back on track," Vallas said.

"I would replace the entire police senior command, beginning with Brown and First Deputy Carter, and I would promote people from within who have the reputation and who would have the support of the rank and file police officers," Vallas said.

Vallas said police have gotten away from community policing and that needs to change.

"We have some of the most violent districts in the city that do not have all of their police beats covered day to day," Vallas said. "She's got the police department chasing these positive community interactions as opposed to being proactive."

Vallas was the CEO of Chicago Public Schools from 1995 to 2001. He later helped turn around school districts in Philadelphia and New Orleans.

He said in order to make schools safe, in the wake of what happened in Texas, Chicago needs to put police officers back in schools.

"The mayor caving into pressure from the teachers union allowing local school councils at particularly at the high school level to decide whether or not they would have, you know, Chicago police at the doors to deter active shooters," Vallas said. "I think that has been absolutely irresponsible."