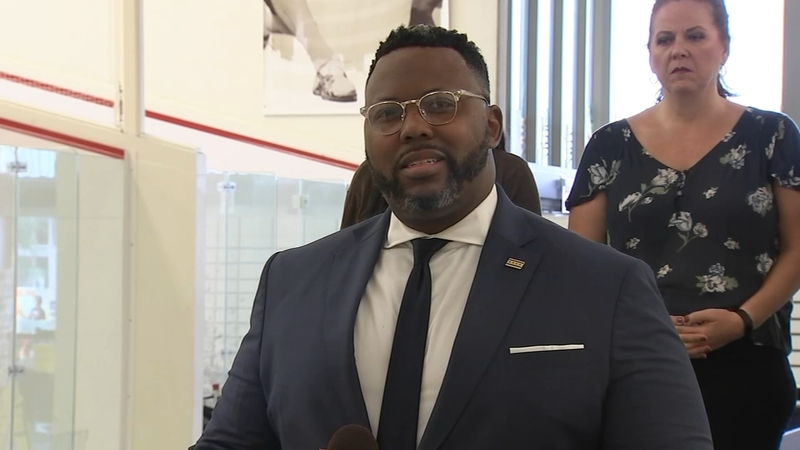 CHICAGO (WLS) -- Mayoral candidate State Rep. Kam Buckner laid out his plan to deal with the crisis Tuesday morning as another candidate prepares to jump into the race.

"We cannot spend $1.9 billion on CPD every year and not see the proper results," Buckner said. "Families deserve answers and communities deserve to feel safe."

Buckner, one of three declared candidates for mayor, is calling for a doubling of funding for the Office of Violence Prevention, the creation of an internet intelligence unit to combat crimes being planned online, and revised entrance requirements to help recruit more police.

"Chicago needs new leadership and a way forward," Buckner said. "Someone who can bring the city together and who has a vision to make all of Chicago safe."

Buckner's announcement came one day before Paul Vallas formally announces he is going to run for mayor.

Vallas, the former CEO of Chicago Public Schools under Mayor Richard M. Daley, also ran for mayor in 2019. He came in 9th out of 14 candidates.

He would join a field that also includes 15th Ward Alderman Ray Lopez, one of Lightfoot's fiercest critics on the city council.

And businessman Willie Wilson, who came in fourth in the 2019 mayoral race, then supported Lightfoot in the runoff, but now once again wants her job.

Others who could get into the race include Alderman Brian Hopkins, who has been polling and says he will either run for reelection or for mayor. And former Governor Pat Quinn says he will be talking to people over the next few months and will make a decision about running for mayor before the end of the summer.