CALUMET CITY, Ill. (WLS) -- Police say one of two men who tried to rob a south suburban pawn shop is now behind bars.

Police say Ishmil Suggs and another man tried to hold a customer and employees at gunpoint Monday at the EZ-Pawn shop in Calumet City.

The customer fought back and wrestled Suggs for four minutes before his gun went off. Suggs was shot in the chest, but the other man got away.

Suggs is now out of the hospital and faces attempted robbery and attempted kidnapping charges.

Police are still searching for the second suspect, who remains at large. Police are asking anyone who may have seen him to call the Calumet City tip line: 708-868-2500. 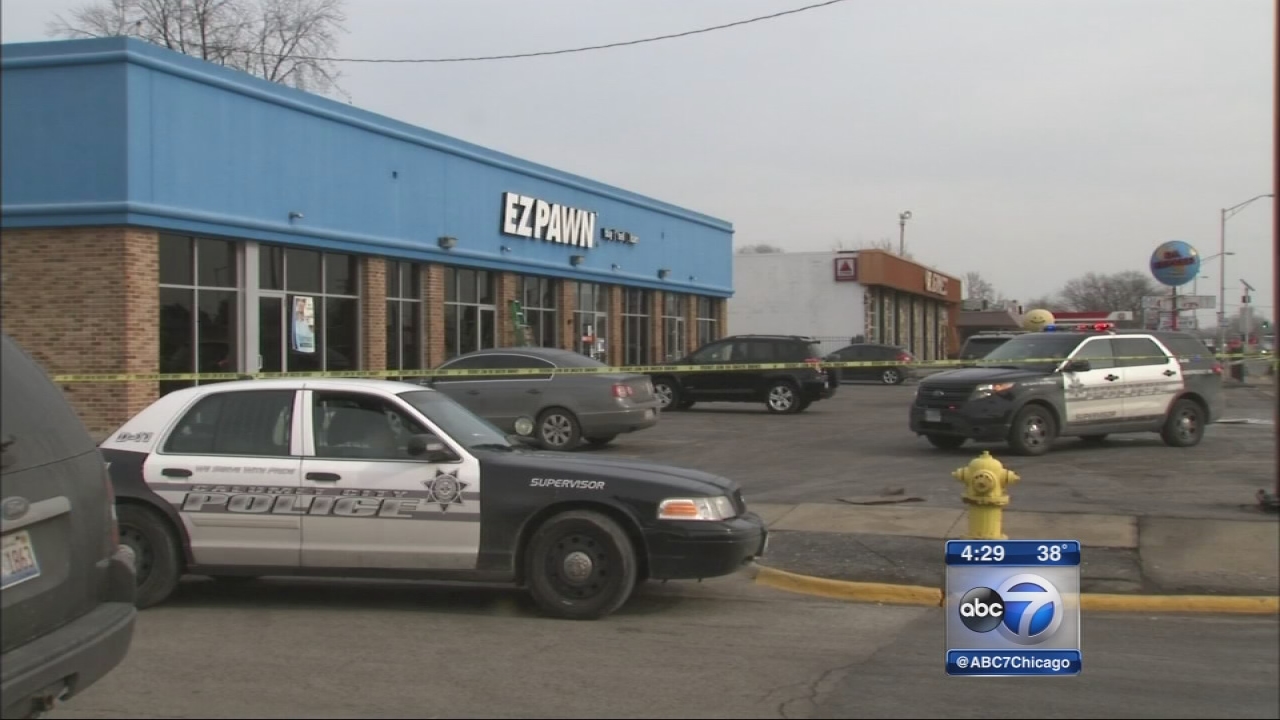