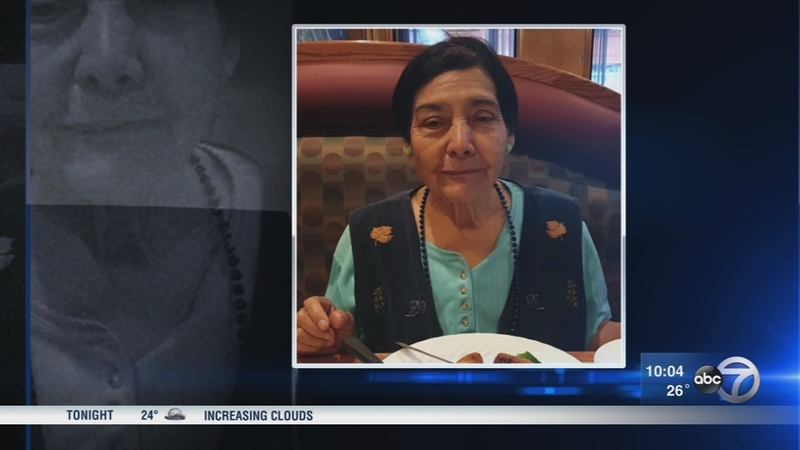 CHICAGO (WLS) -- An 84-year-old woman died Thursday after being hit by a truck in the Little Village neighborhood on the Southwest Side, Chicago police said.

The woman, identified by family as Telesfora Escamilla, was walking in the 2800 block of South Drake when she was hit by an Amazon delivery truck turning south onto Drake from 28th Street, police said.

The woman was taken in critical condition to Mount Sinai Hospital where she was pronounced dead, police said.

At the corner where it happened tokens of mourning have been left in honor of a family matriarch by relatives overwhelmed with grief.

Oscar Fernandez was in the car behind the Amazon truck and said the driver ignored a stop sign, drove around a car stopped in front of him and then turned left, hitting Escamilla in the crosswalk and dragging her for several yards.

Police said the driver is in custody and being questioned by detectives from the Major Accident unit. Escamilla's family is left to wonder if the pressure of the of the holiday package rush contributed to her death.

Amazon released a statement, saying: "Our thoughts and deepest sympathies are with her family and loved ones during this difficult time. Any accident that occurs is one too many and we will work with police and the delivery service provider as they investigate."