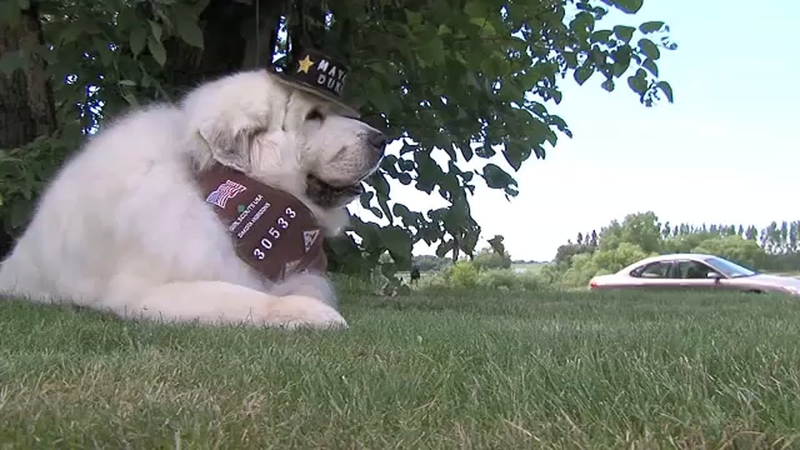 CORMORANT, Minn. -- After four years as the top elected official of a small town in Minnesota, a four-legged mayor has decided he's getting a bit long in the tooth and is not seeking re-election.

"Mayor" Duke, a 13-year-old Great Pyrenees dog, has spent the past four years serving as the ceremonial mayor of Cormorant, Minn.

After representing the town as best he could, by leading parades, appearing on billboards and keeping up Cormorant's good name, Duke will return to private life, but not before doing a tell-all biography.

The book takes readers through a journey of Duke's life and how he taught a town to "be chill, join in, and be kind."

Duke will spend his remaining few weeks in office faithfully watching over Cormorant from his favorite spot near Main Street.