WLS
BROOKFIELD, Ill. (WLS) -- Some people might say the best looking Chicago Cubs are Bryant and Rizzo, but animal lovers might differ and say the cutest cubs in Chicago are Malaya and Daania. You can find them at Brookfield Zoo. 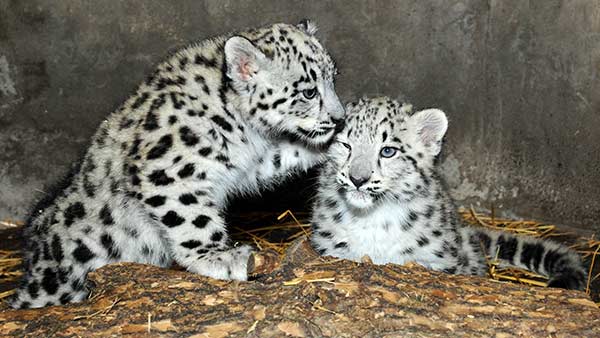 They just might be the most beautiful of all big cats: the snow leopard. And now, for the first time, two brand new snow leopard cubs are making their debut at Brookfield Zoo. They were born there on June 16 and have spent the last four months behind the scenes with their mom, 4-year-old Sarani. But they're big enough now to meet their public.

"They're just checking out the exhibit. It's a whole new world to them. There's new sounds, new smells and they're taking their mother's lead," said Carol Sodaro, associate curator of carnivores.

The twin girls names are Malaya and Daania - which is which, we can't tell - but that doesn't matter. What matters is they are doing great. They've grown from less than one pound at birth to over 20 pounds now. And these young snow leopards are not your typical Chicagoans. They are looking forward to our upcoming Chicago winter. They love the cold. They're built for it. Just look at those paws.

"They're paws are used for walking on deep layers of snow. They have fur on their paws that keeps them very warm when they're on that snow," Sodaro said.

And incredible tails that are used for balance and for curling up with on wind chill, polar vortex days. And the ears? They're tiny so very little skin is exposed to the cold.

We saw lots of interesting stuff with these two cubs, but perhaps the most interesting was when mom and one of the cubs had a face off.

"What you saw there was Sarani initiated a playbout with her cubs. She stood up on her legs and was paddling the cub in the face and the cub responded back. Moms like to play with their cubs a lot. It's just socializing them and making them happy," Sodaro said.

The new snow leopard cubs will be on display every day all through the winter. 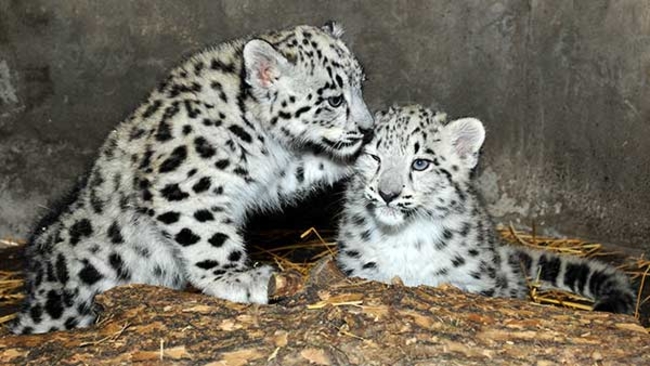