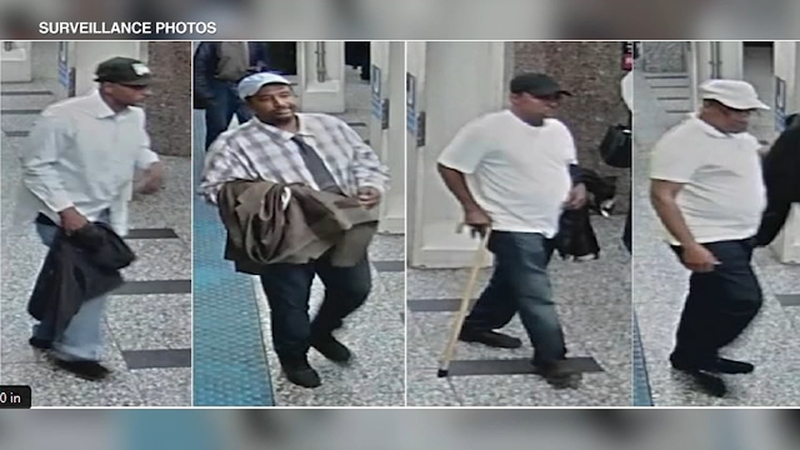 CHICAGO (WLS) -- Chicago police have issued a warning for CTA riders about a string of pickpocket thefts over the last three weeks on downtown train platforms.

Police said the pickpocketers work as a team, as one person creates a diversion, while a second person takes the victim's wallet. The suspects then head to an ATM and clear out the person's bank account.

The incidents occurred in the:

This latest alert follows another one from last week. Police warned of a pickpocketing team targeting riders on the trains and platforms, they released photos of the men they say are responsible. They almost always are seen wearing baseball hats.

They have not yet linked the two cases together, but it may be possible these two men are the suspects in all of the incidents.

According to police crime data examined by the ABC7 I-Team,1,812 pickpocketing thefts have been reported so far this year.

Since 2016, CTA trains have been the top location for these types of thefts. Last year, more than 600 people were targeted.

To curb the crime, the CTA invested more than $32,000 into high-tech surveillance cameras. The cameras are installed across the bus and rail systems, but police said they are not enough to stop the thefts.

"A camera wouldn't stop anyone from doing anything that they wanted to do at this point and time, but we're really grateful that the cameras did pick up those individuals," said CPD Lt. Senora Ben.

Some riders are heeding the warning and keeping things hidden and close to them.

"I have all my valuables underneath my neck here," said Karen, a CTA rider. "There is nothing in here valuable. I'm trying to be more cautious that way"

"A lot of time on those trains you know, you can barely even move at all, you know, especially if you have a backpack on, which most people do, keep your valuables in there," said CTA rider Joshua Goldberg.