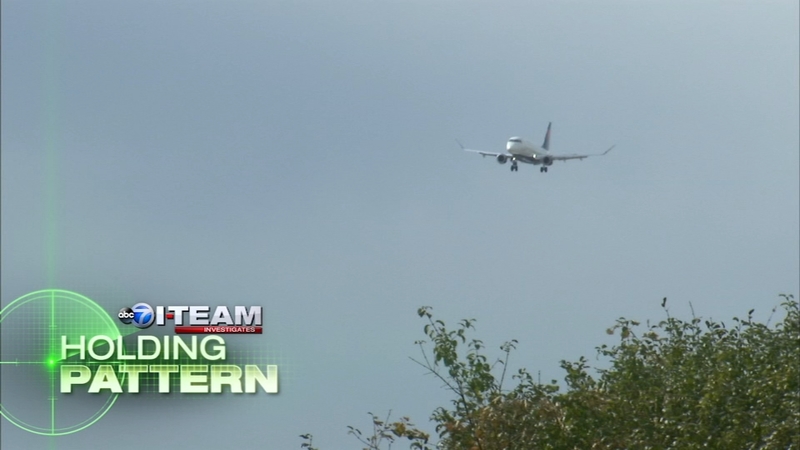 CHICAGO (WLS) -- Thousands of commercial airline pilots are facing mandatory retirement and there's a stunning shortage of experienced people to replace them.

Pilot training standards were overhauled after a commuter jet slammed into a neighborhood near Buffalo, New York. Now, there's talk of rolling back those regulations in order to put a new generation pilots in planes.

After the 2009 accident, federal investigators found that the pilot made critical errors and had a "history of training failures." In response to the incident that killed everyone on board and one on the ground, the FAA dramatically increased the required flight training hours to become a commercial pilot.

"Really it has increased safety," said Megan Zahos, Lewis University Assistant Professor of Aviation and Transportation. She continued, "It's a big increase in time and it's really slowed down people entering the industry."

The pilot shortage is severe. Chicago-based Boeing projects that 790,000 new pilots are needed in the global airline industry in the next 20 years. That means training enough pilots to fill Soldier Field nearly 13 times. Experts said the shortage is due to a massive number of pilots about to reach the current mandatory retirement age of 65, expensive training, and other FAA requirements that make it difficult to enter the profession.

"If we don't intervene today, this will be nothing short of a devastating crisis for small community air services," said Faye Malarkey Black, President and CEO, Regional Airline Association.

The RAA is warning that the pilot shortage is already causing small regional airlines to shut down. They said smaller communities are losing service as larger airlines hire pilots away to plug their openings. They are also pushing regulators to allow pilots to qualify with fewer hours in the air, replacing some of it with time in a flight simulator.

Experts said pilot experience counts. It's cited by federal investigators in both the Miracle on the Hudson and this year's Southwest landing as a key factor that saved lives.

At Lewis University in southwest suburban Romeoville, students are taking to the air as part of the four year degree program. They've now partnered with six regional carriers to create a direct classroom to career pipeline aimed at filling the gap.

"It is a big problem really the FAA, airlines and higher education are all working really hard to mitigate the impact of this pilot shortage that we're feeling," said Zahos.

Since the vast majority of airline pilots now come from a civilian rather than military background, the FAA allows students graduating from a program such as this to qualify to be a pilot with 1,000 hours instead of 1,500. That's a savings of about a year of time and money, meaning more pilots in the pipeline.

But Captain Tajer said there's no substitute for learning to fly in in the dirt, grime and g-forces of a real cockpit.

"Lowering the experience level can effect whether our passengers are as safe as they are today. This is about saving lives, period," he said.

Tajer said there's no substitute for learning to fly in real cockpit.

In September, Acting FAA Administrator Dan Elwell hosted an Aviation Workforce Symposium aimed at solving the crisis. Earlier in November, Elwell told the Aero Club of Washington they were working on what he called a "workforce dilemma."

"We're going to solve it. Like we do everything else - with collaboration, calls to action, or just plain elbow grease," said Elwell. He continued, "but mark my words: there is a solution, and we will find it."

In a statement, the FAA tells the I-Team conversations about the 1,500 hour rule are ongoing: