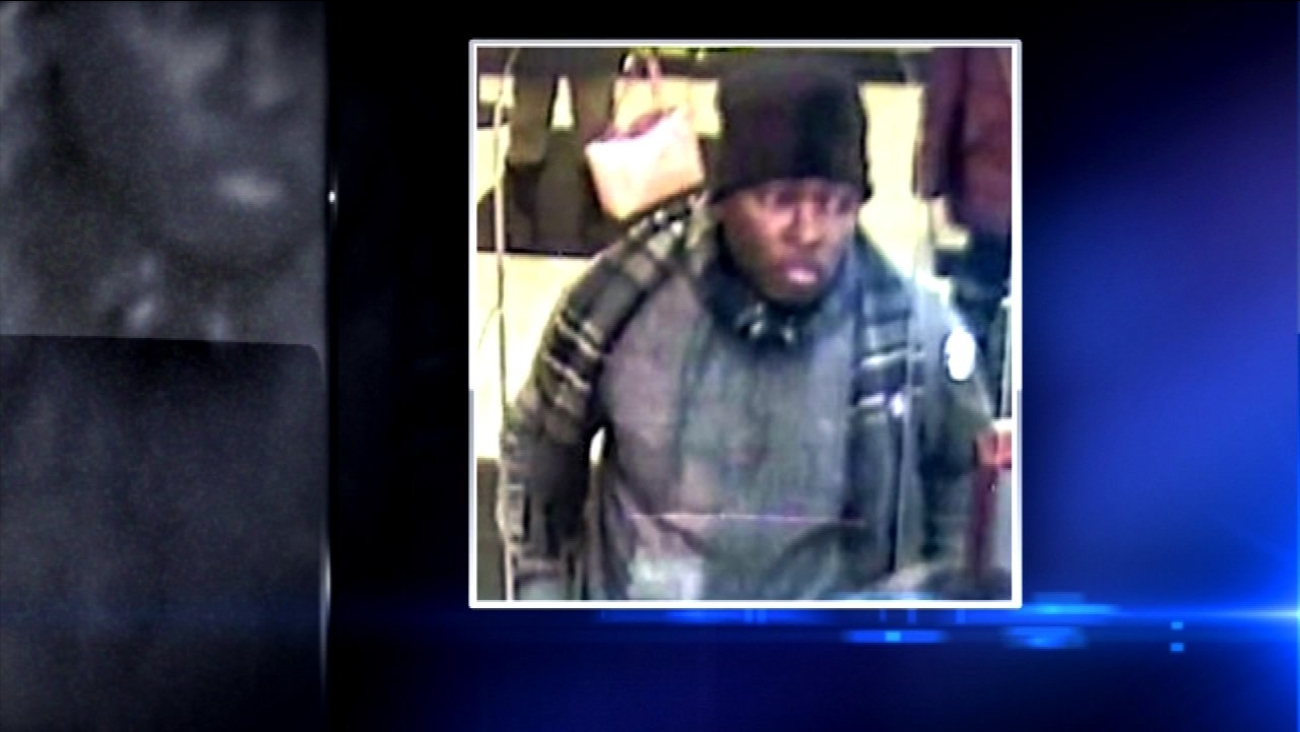 WLS
CHICAGO -- A serial bank robber dubbed the "Pinball Bandit" robbed his sixth bank in less than two months Wednesday afternoon, this time in the South Side Hyde Park neighborhood.

His first robbery was at the Chase Bank branch at 1204 E. 53rd St. on Jan. 13, the FBI said. He entered that bank at 5:51 p.m., approached an employee and made a threatening demand for money.

He is also suspected of robberies at:

The Pinball Bandit is described as a 25- to 35-year-old black man, 5-foot-8 to 6-foot-1 with a slim-to-medium build and brown eyes, the FBI said. He has been seen wearing a gray or dark-colored hooded jacket, black pants or jeans, black knit hat, camouflage baseball hat, tan boots and gray scarf.

The robber earned his nickname because of the frequency and locations of the robberies he's suspected of committing, according to a statement from the FBI. He robbed two banks in one day, just over an hour apart, and struck one of the banks twice in a three-week span.
No one has been hurt in any of the robberies, authorities said.

Anyone with information should call the FBI's Chicago office at (312) 421-6700 or Chicago Police.