A pilot was killed when a small plane crashed in a southwest suburban Plainfield subdivision Thursday morning.

PLAINFIELD, Ill. (WLS) -- A pilot was killed when a small plane crashed in a southwest suburban Plainfield subdivision Thursday morning.

The crash occurred around 11:15 a.m. at Bedford Drive and Hampton Court, in the Brighton Lakes subdivision, near Theodore and Rt. 59. The house has a Plainfield address, but the area receives police, fire and other municipal services from Joliet.

The plane crashed into the street and ignited, torching a nearby house, officials said. A witness says the aircraft hit the ground at a 45-degree angle.

The pilot's identity has not yet been released. 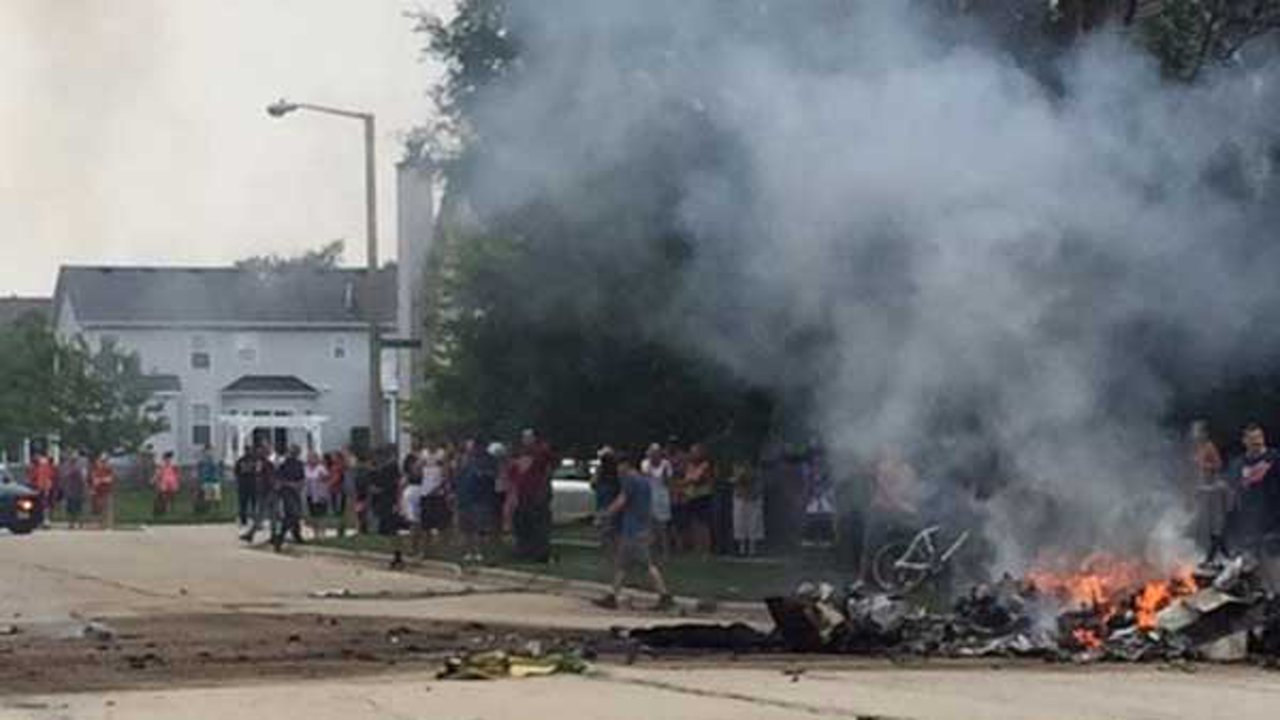 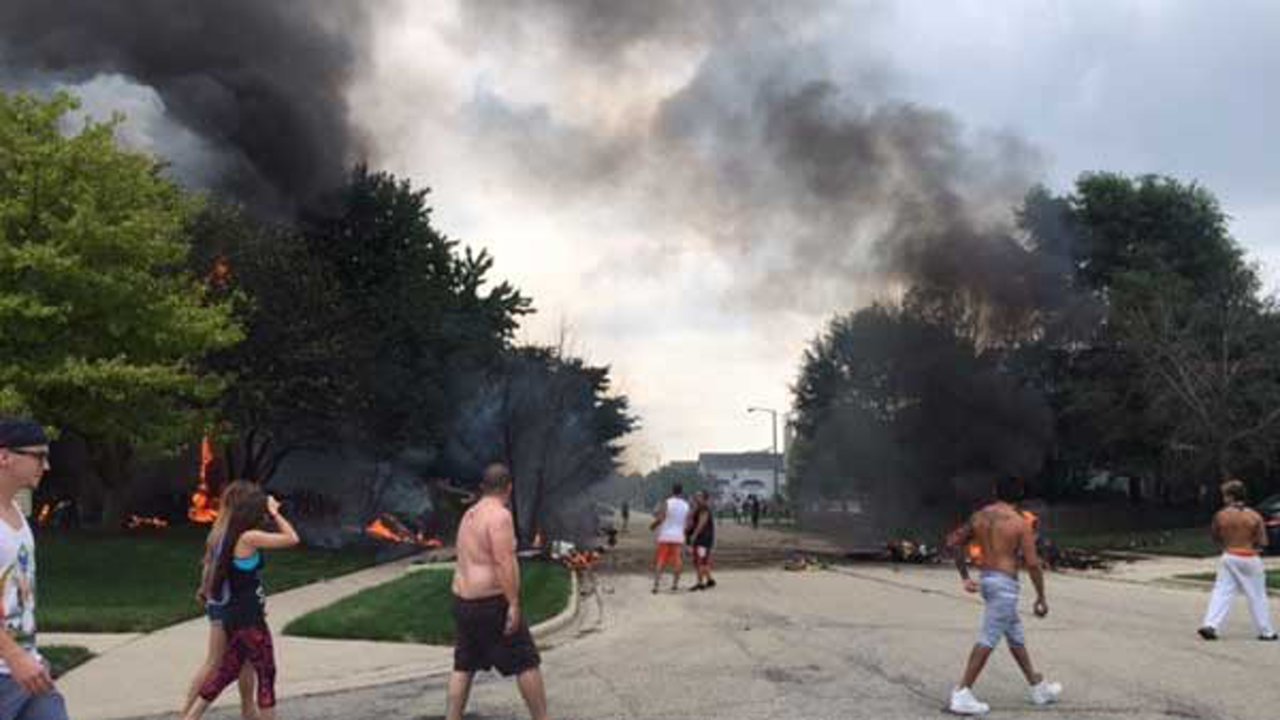 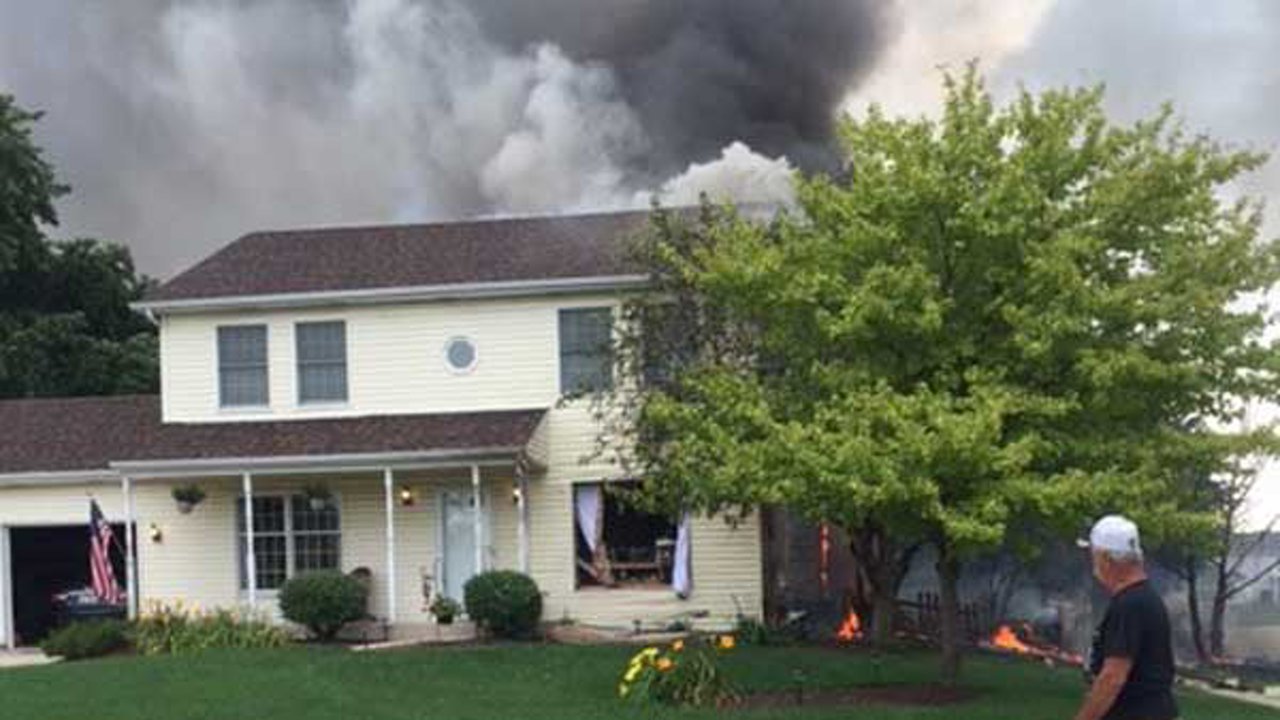 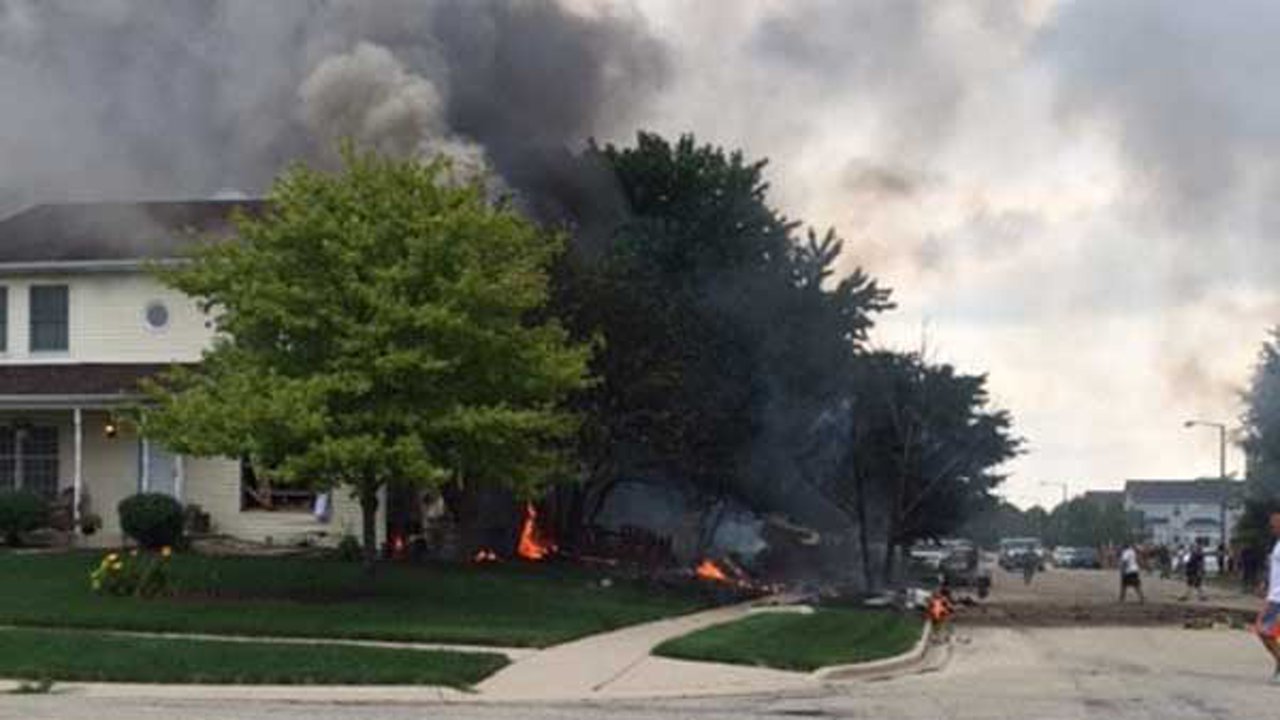 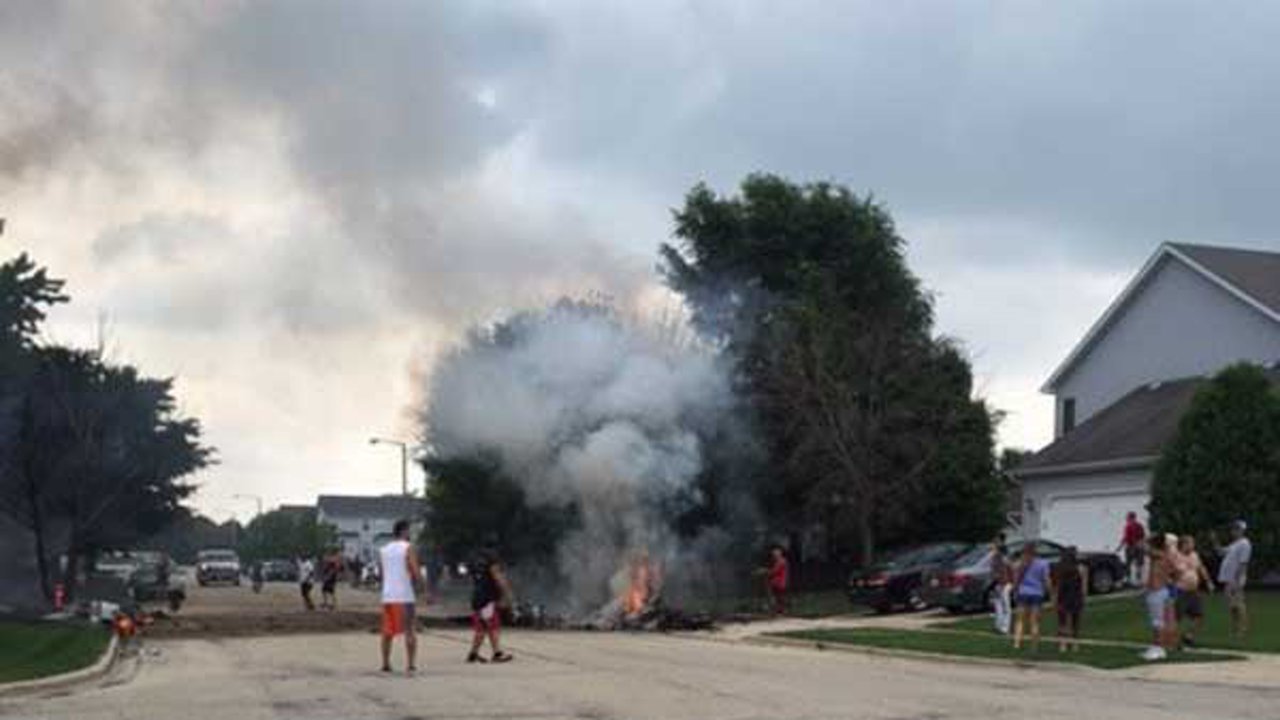 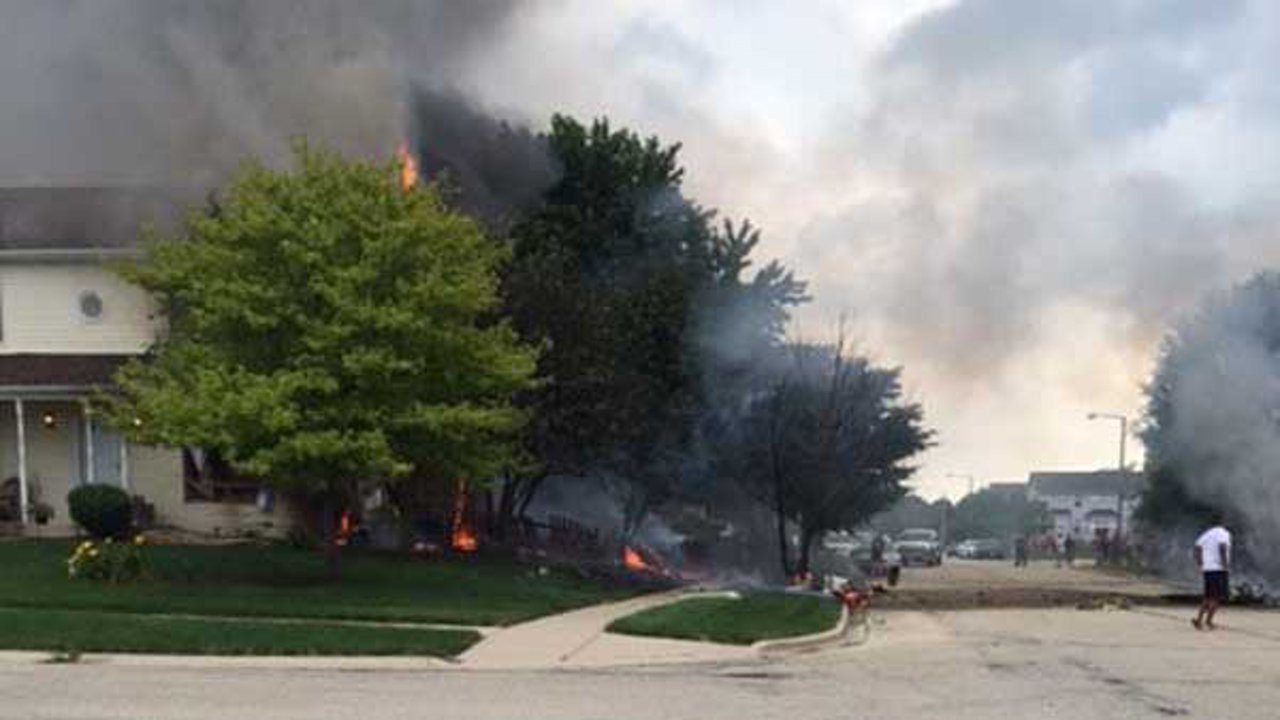 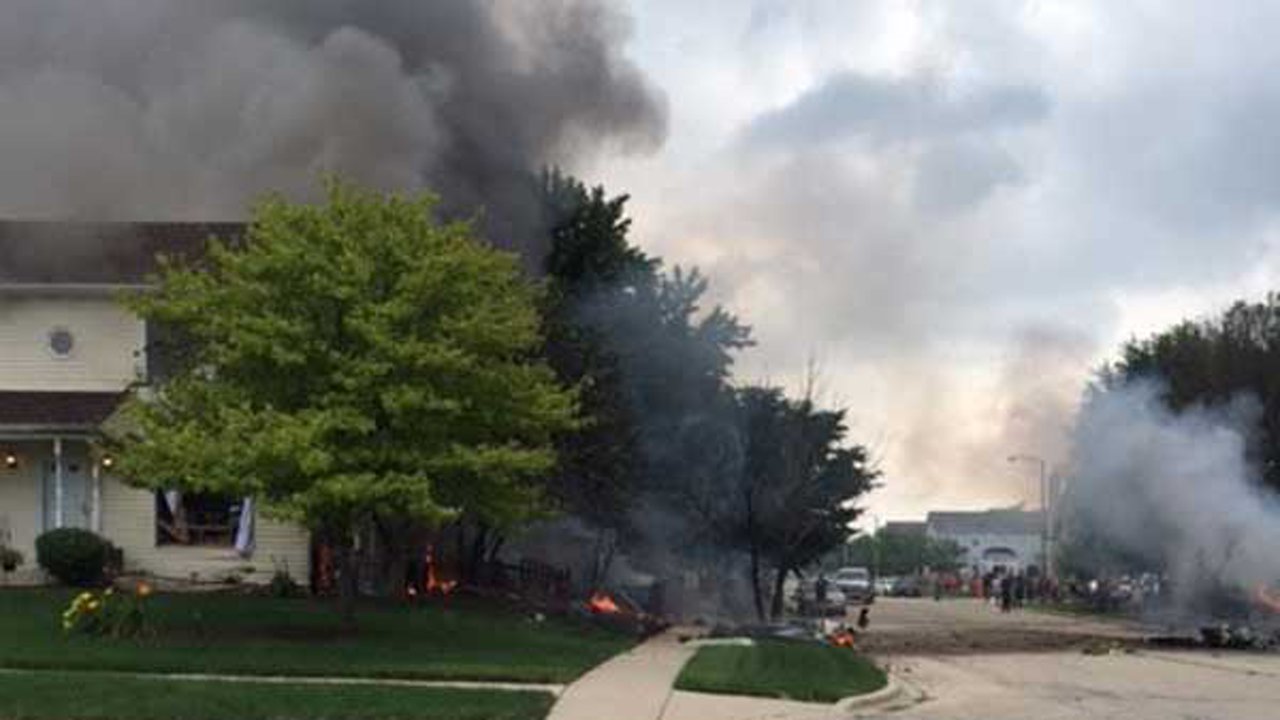 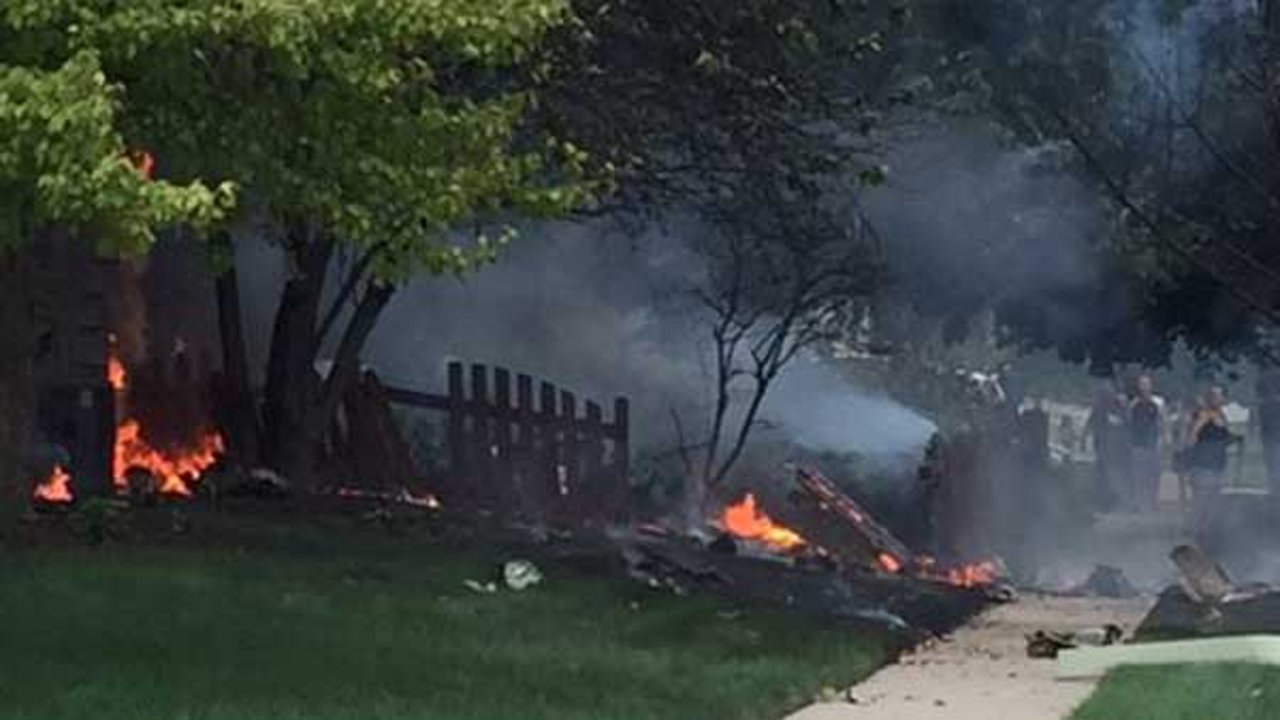 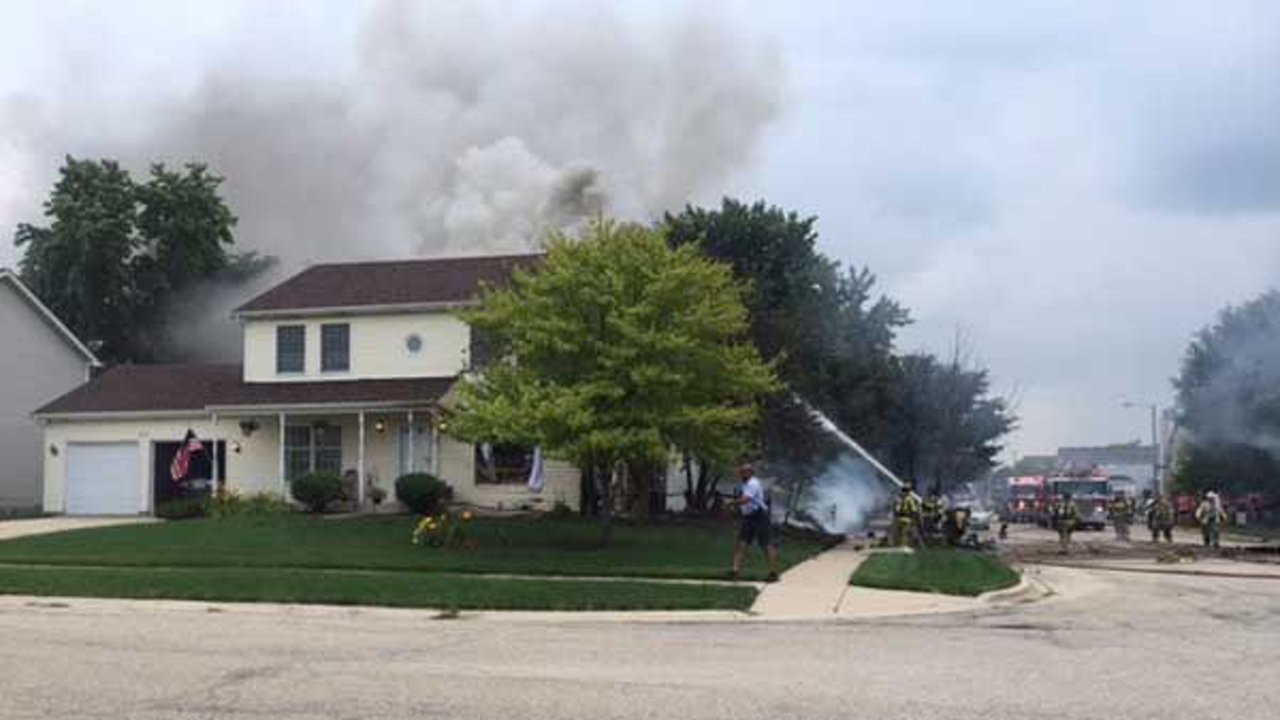 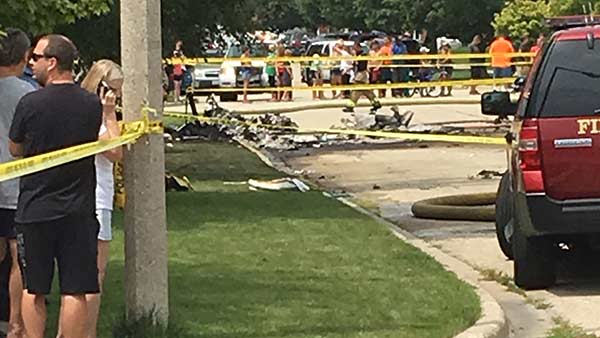 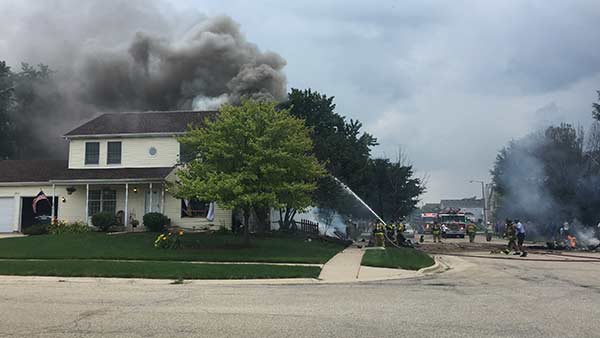 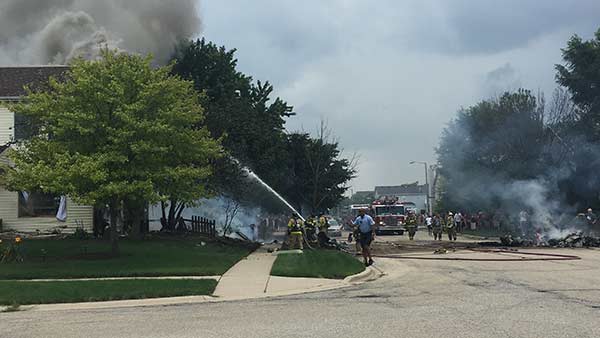 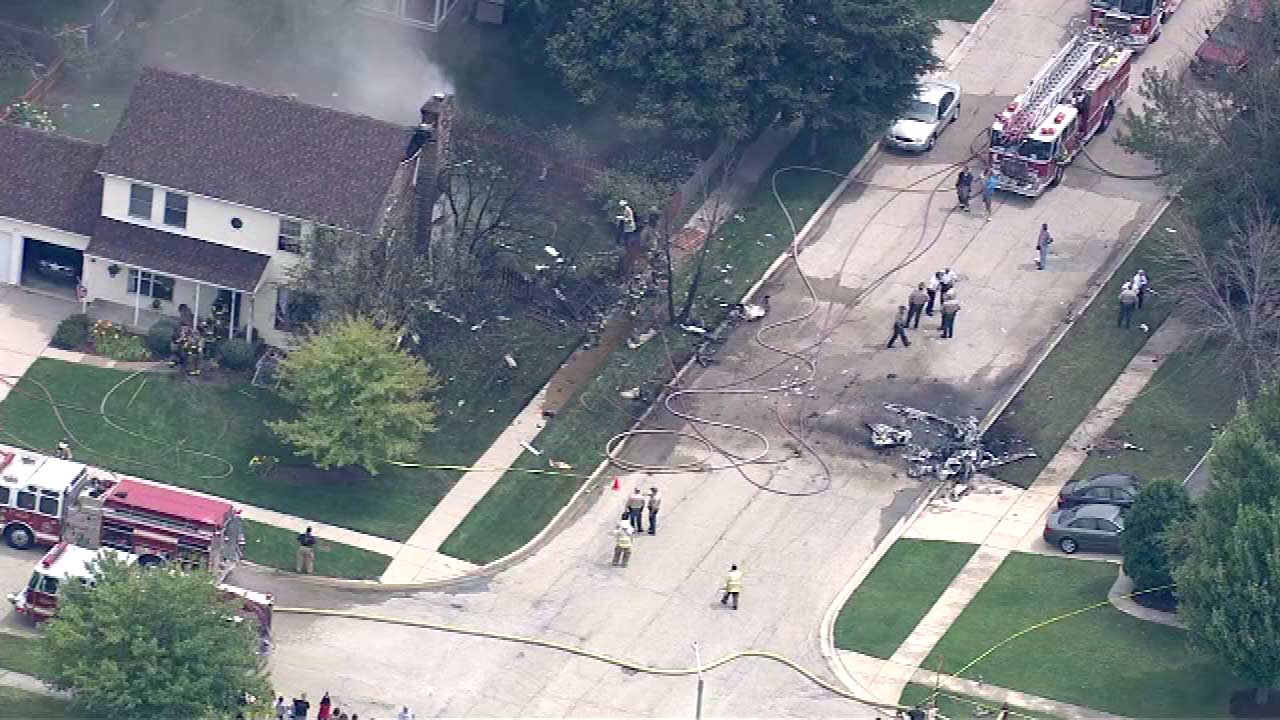 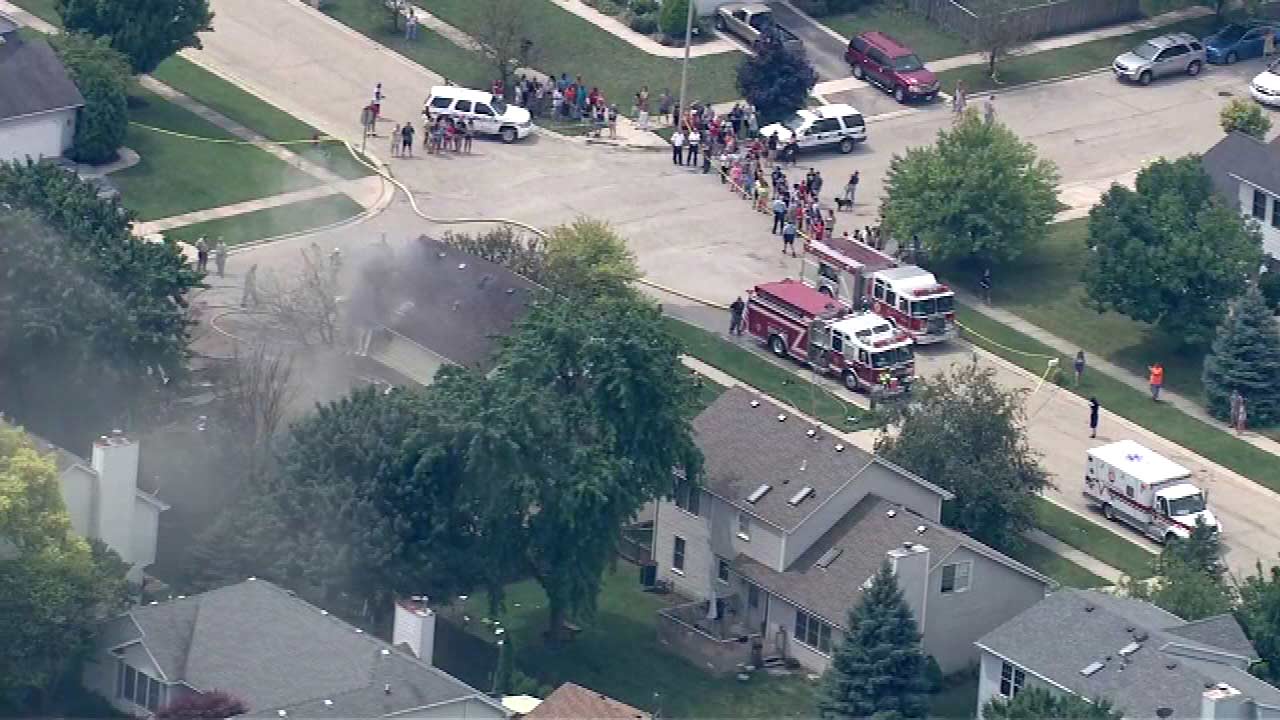 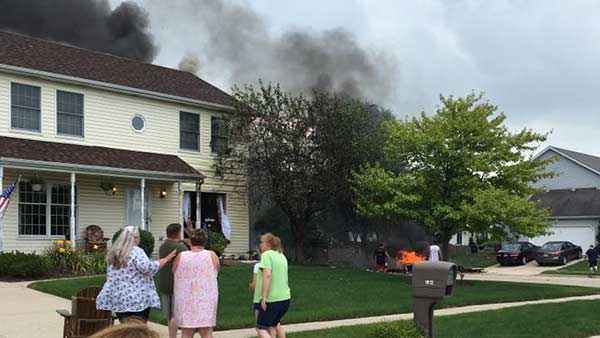 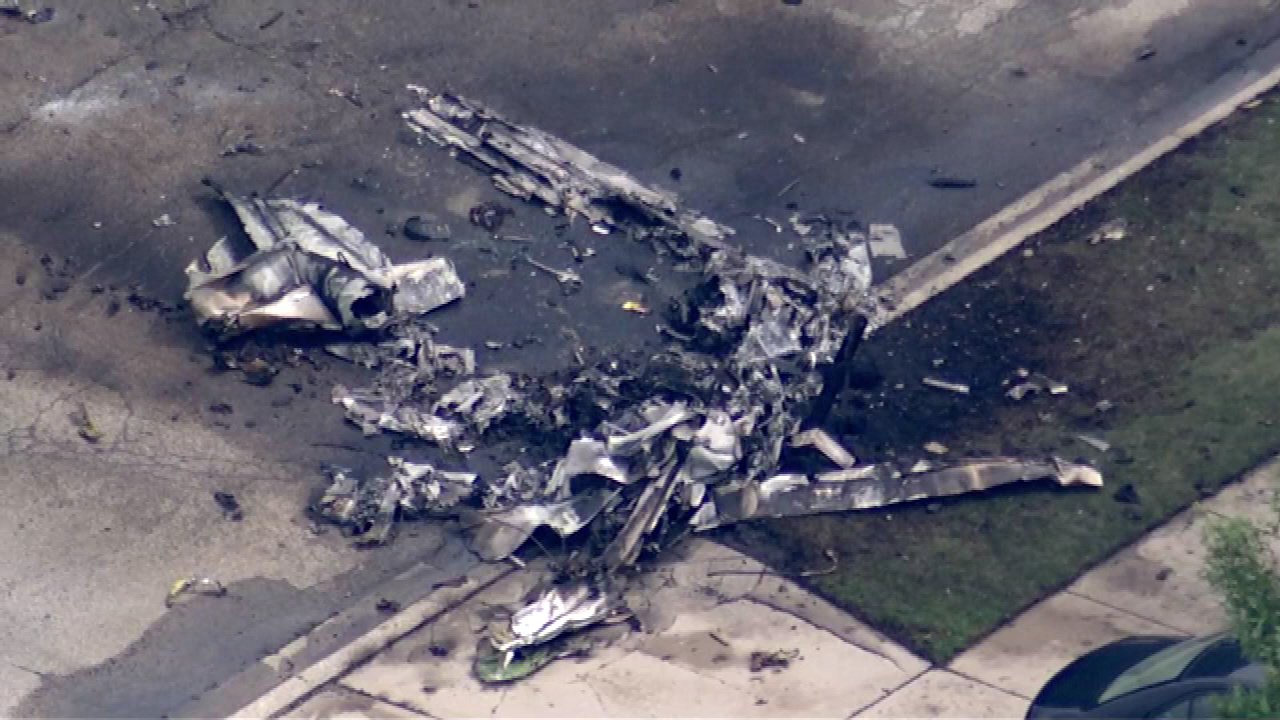 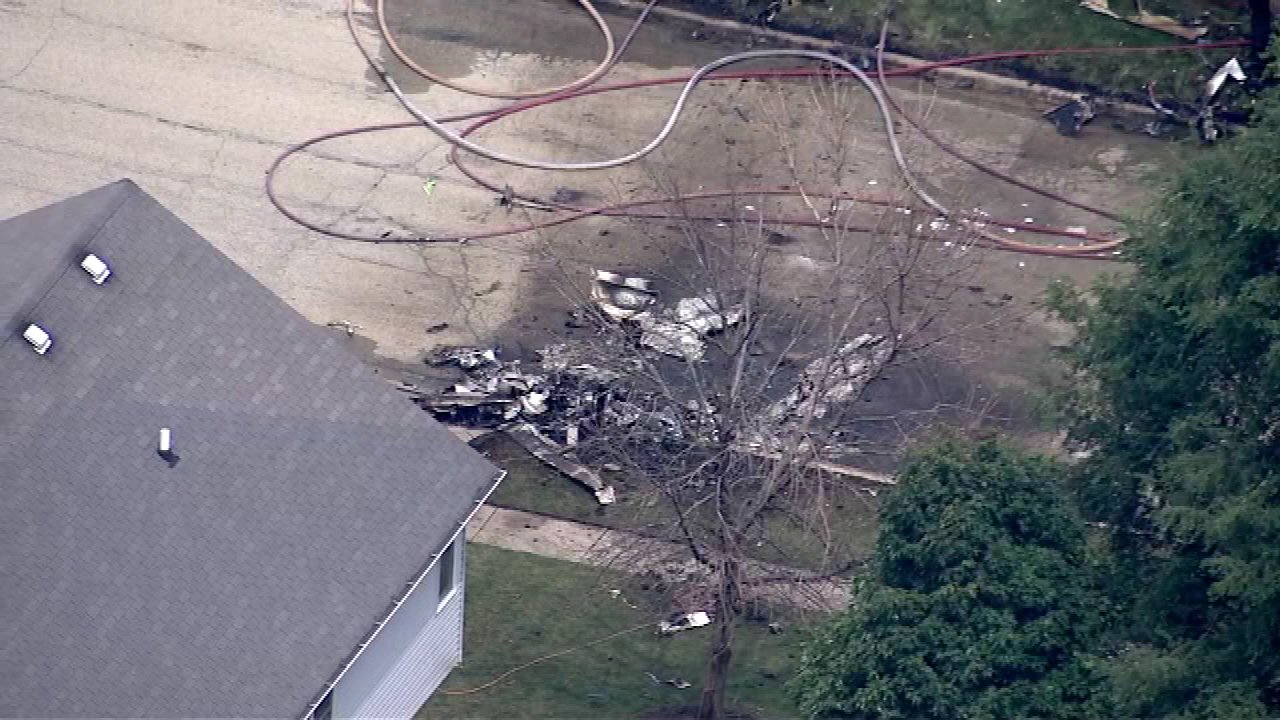 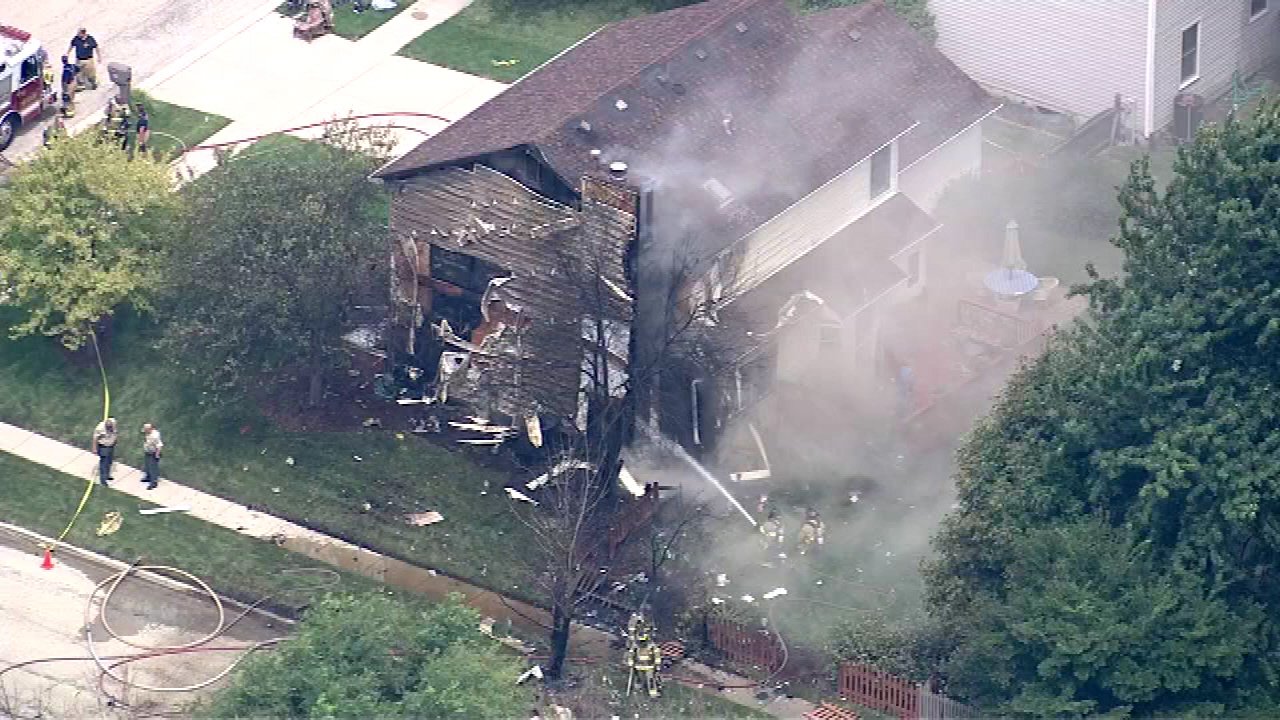 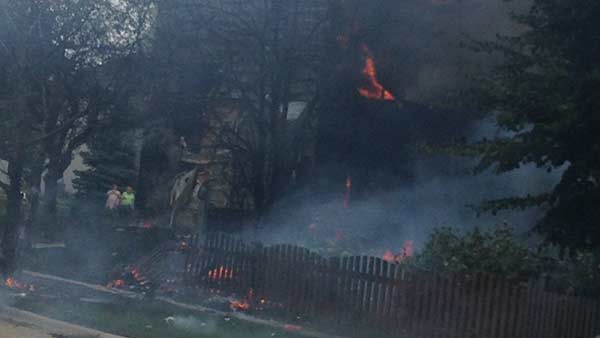 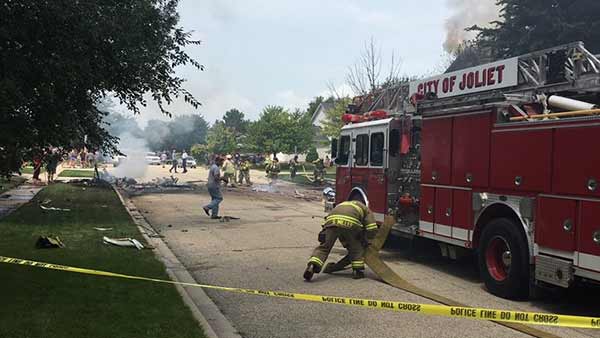 The pilot was believed to be the only one on board the Piper PA-30 twin engine plane. The plane is believed to have taken off in Florida and made a stop in Tennessee. It was set to fly to Oshkosh, Wis.

The homeowner, Patti Daniel, told ABC7 she was the only one inside the home at the time of the crash. Daniel said she was sitting in her home watching TV with her dog when the plane crashed.

The explosion of fuel upon impact hit the dining room and master bedroom side of Daniel's home. Her decision to watch TV in the family room rather than take a nap in her bedroom likely saved her life.

"I heard some loud noises coming down the street that sounded like very loud backfiring from a vehicle or a motorcycle, and it continued to get louder," Daniel said. "I heard some skidding and then all of a sudden my dining room wall blew out and flames were already in the house. I thought I was going to see a car in my dining room because I thought it was a car accident or car collision or something."

Daniel and her beagle escaped through the garage before half of her home went up in flames.

"I grabbed my dog, and I was going to go out through my back door. And I saw some flames in my grass, so I was praying that the garage door would open - it's electric, and it did."

Prior to the crash, some neighbors say they saw the plane circling in the sky. Andrew Maksimik was fishing in his backyard when he saw and heard the aircraft having trouble with its motor.

"I thought it was thunder at the beginning when we see the airplane flying low, he just couldn't get the plane to restart the motor, it came down so fast," he said.

The engine was found in a backyard several blocks away.

"I'm glad we're safe and I'm sorry for the person who's killed, probably, in this plane, makes me sad," Daniel said.

At the time of the plane crash, there was a small thunderstorm in the area, and residents reported seeing lightning.

"We are very fortunate to have a plane crash in a crowded residential neighborhood like this and to not have any additional injuries is amazing," Joliet Police Chief Brian Benton said.

The FAA said in a statement: "The FAA has sent a team to the crash site in Plainfield to determine the type of aircraft and to begin an investigation. The FAA will gather information and pass it to the NTSB, which is the agency that will lead the investigation and will determine the probable cause of the accident. Any additional information needs to come from the NTSB."

The FAA said there are no reports of any injuries on the ground. The FAA and National Transportation Safety Board are working on the investigation. The federal investigators will be looking at three main areas: the actions of the pilot, the aircraft's maintenance history and weather conditions at the time of the crash.

Nanette Hernandez, who lives two houses down, says her neighbor's husband and older kids weren't home at the time.

Hernandez says she has debris all over her yard and described hearing a loud boom or explosion.

The Joliet Fire Department sent four engines and three ambulances to the scene.

Aerial television video of the crash site showed broken plane parts in the street and in the yard and driveway of a home.

Across the street, the siding on one home was peeling from the structure as smoke rose from inside. Nearby fencing was destroyed and a tree was blackened.