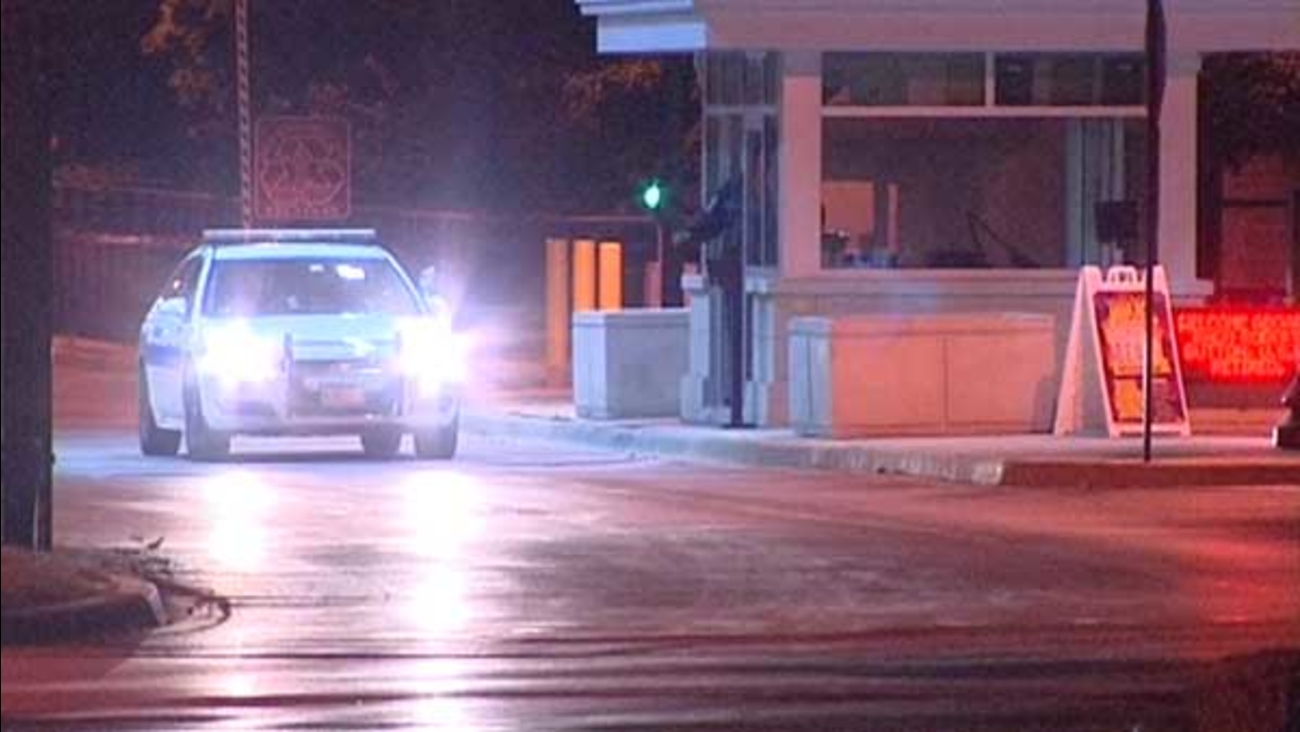 WLS
GREAT LAKES, Ill. (WLS) -- A driver is hospitalized after leading police on a pursuit that began in north suburban Lake Bluff and ended inside the naval station in Great Lakes.

Navy security fired four shots at the car, trying to stop the driver. The car eventually collided with two Navy security vehicles used as a blockade.

The cause of the pursuit is under investigation.