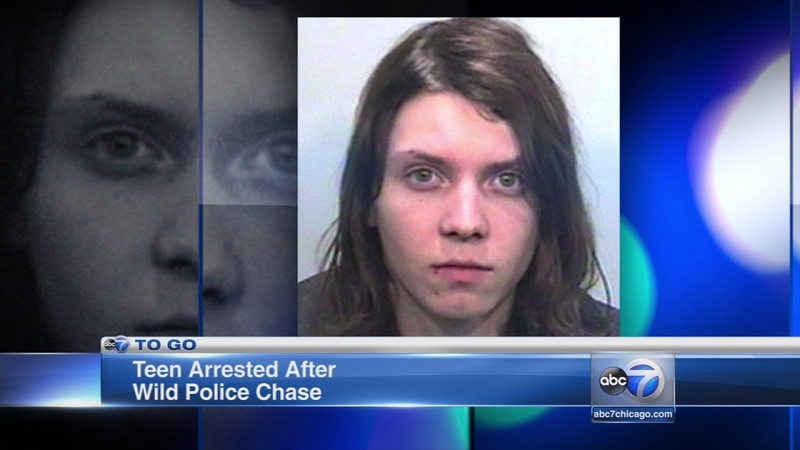 Ronald Maas, 18, is charged with attempted murder and several other counts including theft, eluding police and aggravated assault in the string of crimes that occurred overnight Thursday into Friday morning. He remains in police custody at Conell Hospital where he is being treated for his injuries.

The chase began in Round Lake, Ill., after officers spotted Maas behind the wheel of a stolen 2009 Ford sedan near Washington Street and Cedar Lake Avenue around 10:50 p.m. Thursday, police said. They backed off and called other Lake County agencies for assistance.

About ten minutes later, Lake Villa officials came across the stolen car on Route 83. It had overturned. Police said Maas, of Ingleside, then allegedly stole a 2002 F350 Ford pickup truck from the 200-block of Burnett Avenue in Lake Villa.

Police said he picked up a female friend, 15, in Lake Villa, and the two of them were spotted around 11:15 p.m. near Petite Lake and Old Petite Lake roads. A Lake County sheriff's deputy gave chase, but ended the pursuit when Maas refused to pull over.

Around 11:30 p.m., the stolen pickup came speeding at two sheriff's deputies in Ingleside. They were able to avoid the collision, but one of the squad cars was damaged.

Around 12:30 a.m. Friday, Grayslake officer tried to stop the stolen truck, which crashed after hitting another truck head on. The truck rolled and Maas ran away from the crash and into nearby woods in Third Lake, Ill.

The girl, 15, was taken to the hospital for non-life-threatening injuries. Two people in the Chevrolet Spark were seriously injured and transported.

Someone from a nearby ranch reported someone "moaning" in a barn. Police found Maas inside at 1:20 a.m. Friday, officials said.

Maas, who had a gunshot wound to his cheek and broken arm., was taken to the hospital for treatment.