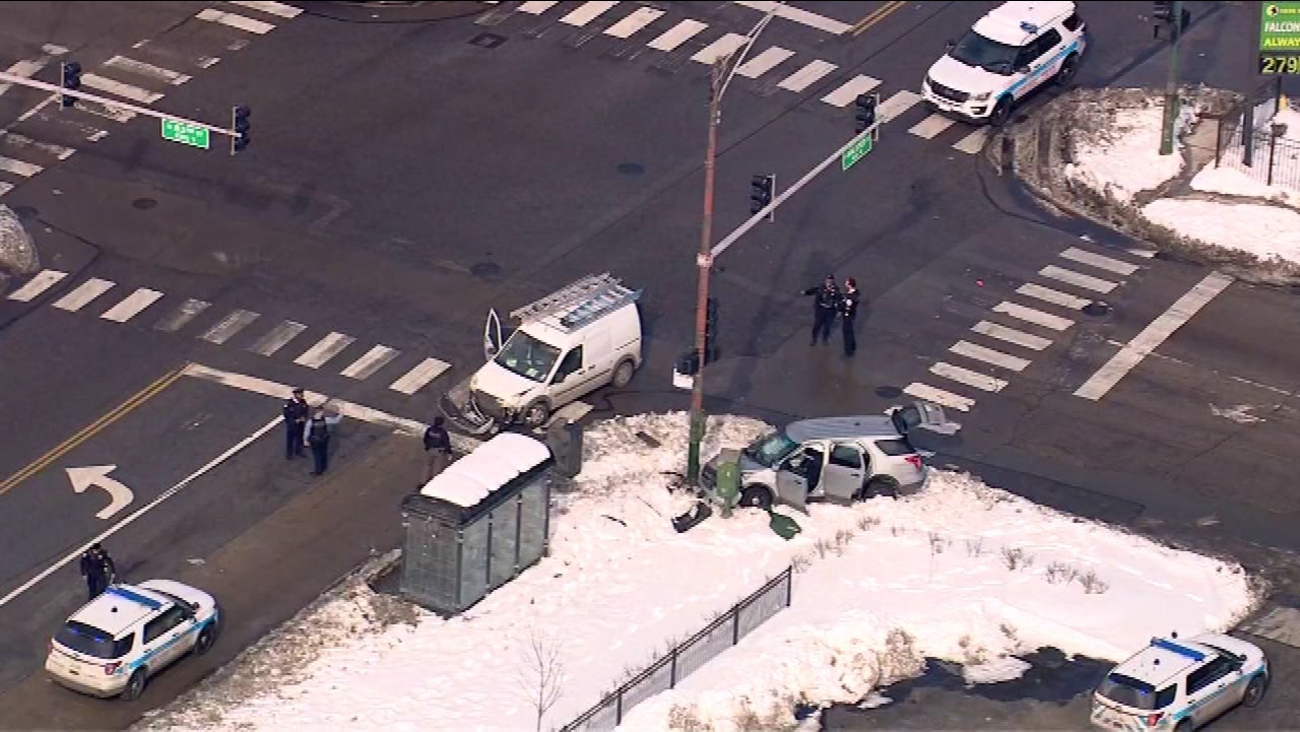 An unmarked Chicago police vehicle was involved in a crash at 83rd Street and Halsted Avenue Wednesday morning.

The officers were in an unmarked police car on their way to a robbery in progress in the 200-block of West 87th Street at about 10:18 a.m. The police car, which was using its emergency equipment, was behind a van attempted to pass the van on its left.

The van was making a left turn and struck the squad car in the intersection at 83rd Street and Halsted Street. The police car then struck a light pole.