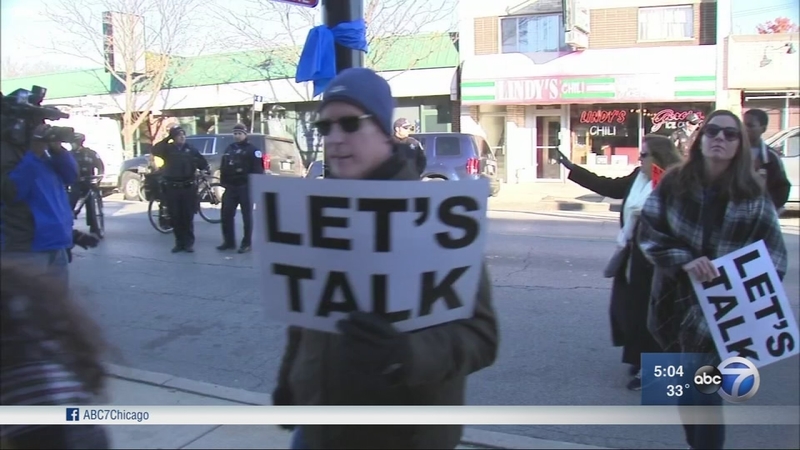 CHICAGO (WLS) -- Holding signs that read, "Let's Talk," a group of faith leaders and activists met at a Mount Greenwood library on Sunday after weeks of racial tension in the Chicago neighborhood following the police shooting of Joshua Beal.

The scene was calmer than previous protests that often became tense following the Nov. 5 shooting of Beal by an off-duty Chicago police officer following a traffic dispute.

"This week we had less people from the community out here and more of an opportunity for dialogue between the two groups, and I think people took advantage of that," said CPD First Deputy Supt. Kevin Navarro.

While some people said the meeting was constructive, others left simply shaking their heads.

As protests wrapped up on Sunday, a few miles away in the city's Pullman neighborhood, other members of Black Lives Matter held a vigil to support the Beal family.