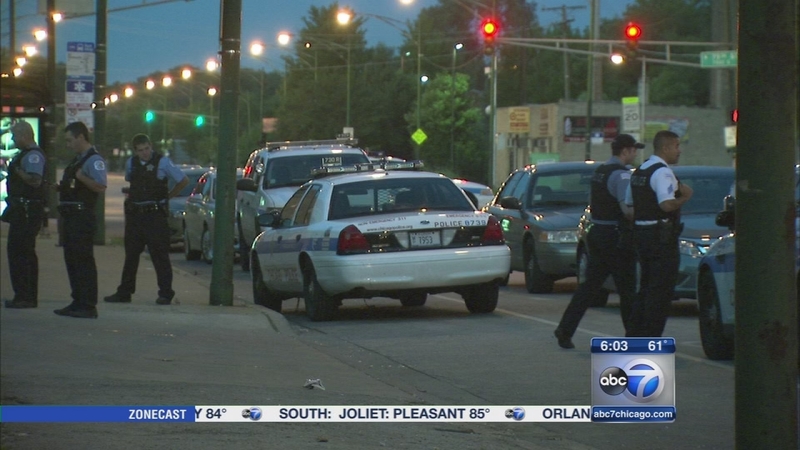 Police fatally shot a man after a short foot chase in Portage Park after he allegedly pointed a gun at officers after a chase Friday night, police said. Police said officers saw a him carrying something under his arm in the 3800-block of North Cicero. As officers got closer, they said he was allegedly carrying a gun, and a brief chase ensued. Officers then opened fire, fatally shooting the man.

"He's got a 44-magnum with an 8-10 inch barrel that he points at the police, at that point the officer decides his life is in danger, fires a shot, chases him down the alley, the individual is taken into custody, unfortunately he's DOA," said Pat Camden, Fraternal Order of Police spokesperson.

In another incident earlier Friday, police responded to a call of a man with a gun near 74th and South Vincennes in Englewood, police said.

The man allegedly fired at officers after a foot chase, at which point officers shot and seriously injured him, officials said.

Later, in the 1500-block of West Birchwood in Rogers Park, a brief chase ensued after officers approached a man who was allegedly drinking beer on the street, police said.

Investigators said the man allegedly yelled, "I have a gun, you'll have to shoot me," as he reached into his waistband.

Police said he was shot and seriously wounded.