WLS
By Will Jones
ST. CHARLES, Ill. (WLS) -- St. Charles police said Friday they have reason to believe a shooting and home invasion in the 3600-block of Grand View Court were not the result of an armed intruder.

Investigators said interviews with witnesses and evidence collected at the scene show the incident did not occur as originally reported to police.

Officers responded around 2:25 p.m. Thursday to a report of a residential burglary in progress. The 28-year-old man who called 911 said he had been shot.

Officers found him with a gunshot wound to the shoulder. He was transported to Northwestern Medicine Delnor Hospital by the St. Charles Fire Department. His injury was not life-threatening, police said.

The shooting prompted a lockdown of area schools. Police stationed officers at those schools to keep an eye out.

Police said Thursday they didn't believe there is any danger to the public, but there was still a lot of concern in the community.

"All of our children walk to and from school. For something like this to happen, let alone in the middle of the day, is absolutely shocking to me," said LeAnne Conlon, a neighbor.

As of midday Friday, the man was still hospitalized at Delnor. St. Charles detectives continued their investigation and will work with the Kane County State's Attorney's Office concerning any criminal wrongdoing, police said.

"I want to ensure the public that they are safe and not in danger," said St. Charles Police Chief James Keegan. "We believe this incident was isolated and contained to the home in question. I thank everyone for their concern and understanding."
Report a correction or typo
Related topics:
st. charlesschool lockdownshootingresidential burglaryinvestigation
Copyright © 2020 WLS-TV. All Rights Reserved.
RELATED 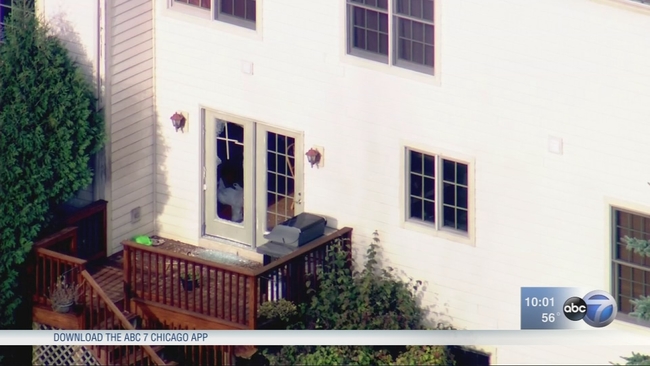