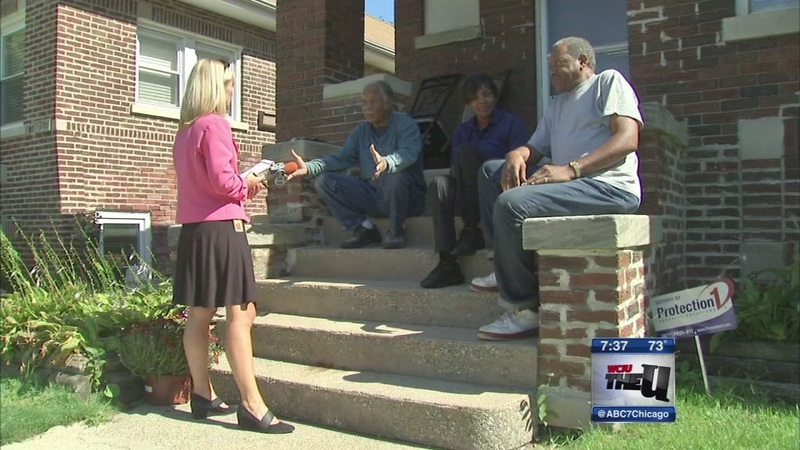 CHICAGO (WLS) -- Mount Greenwood, located on the city's Far Southwest Side, is a neighborhood full of city workers, including firefighters and police officers. While Mayor Rahm Emanuel's property tax hike proposal is to fund first responder pensions, some residents don't think homeowners should be the ones to pay for it.

To ease the burden, the mayor is offering an exemption for homes assessed at less than $250,000. Those homeowners will not see a property tax increase. Ivan Tejeda does not believe that is a fair answer either.

Others want to make sure the city isn't wasting money before paying more.

"If you take a look at the city now, they will come in and repair a street. Three weeks later, bust up street and repair again," William Branch, Morgan Park resident, said.

"We think it is outrageous, untenable, not acceptable to business community at all," Michael Cornicelli, BOMA- Chicago, said.

BOMA-Chicago stands for Building Owners and Managers Association of Chicago. Cornicelli said commercial properties are already assessed two and a half times the rate of homeowners. While no one wants their taxes to go up, the non-partisan The Civic Federation said after years of ignoring pension payments and borrowing, reality is here.

"It's not going to cure all of the city's financial woes, but it is taking the city in big step in right direction," Lawrence Msall, The Civic Federation, said.

The Civic Federation and the mayor say that the city cannot cut its way out of the crisis. To fund police and fire pensions through cuts, Emanuel says 20 percent of the police force and 40 percent of the fire department would have to be laid off.

In addition, garbage collection would go from once a week to twice a month.