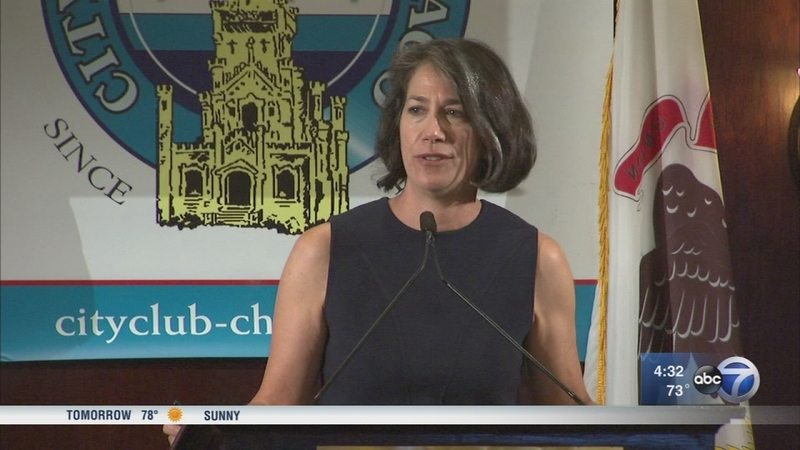 CHICAGO (WLS) -- With Illinois' budget situation in political limbo in Springfield, Illinois First Lady Diana Rauner was very careful with her words Monday as she addressed the City Club in Chicago.

However, Rauner is president of the Ounce of Prevention Fund, an organization dedicated to fighting child poverty, and keenly aware of how the budget stalemate is negatively impacting at-risk children.

"This is a political challenge," Rauner told the crowd.

The fiscal year ends Friday and there's still no budget.

She talked about the problem of child poverty, sharing one stark reality facing Illinois -- a half million children under age five are food insecure.

And the Illinois budget mess is hitting home for agencies trying to help children in need.

The Educare Center in the Grand Boulevard neighborhood on Chicago's
South Side is a partner agency with the Ounce of Prevention Fund.

Brandon Hatcher said he worries what the budget impasse might mean for his five old daughter Brandi, and other kids like her who attend Educare.

"It's definitely got to stay open because I am a hard-working father myself," Hatcher said. "My daughter, she's learning so much from this facility."

Hatcher was blunt in the urgency he feels lawmakers should feel.

"It's a mess. They just need to work together just to get it passed, whatever it takes," he said.

But with lawmakers in Springfield unable compromise and without a balanced budget for the past two years, Rauner said even her agency has felt the pinch.

But she expressed hope.

"We've been, at the Ounce, through a few cycles of late payments over the last decade, and we are all hopeful for a long-term solution that provides the proper funding for the social service programs that need it," Rauner said.