Mayor Emanuel thanked his family and the city of Chicago before talking about the importance of investing in children to end the cycle of poverty and violence.

"Over the next four years, I will do everything in my power to spark hope in the eyes of every Chicagoan," he said. "We will work harder than ever to restore trust where it is broken and opportunity where it is lost." 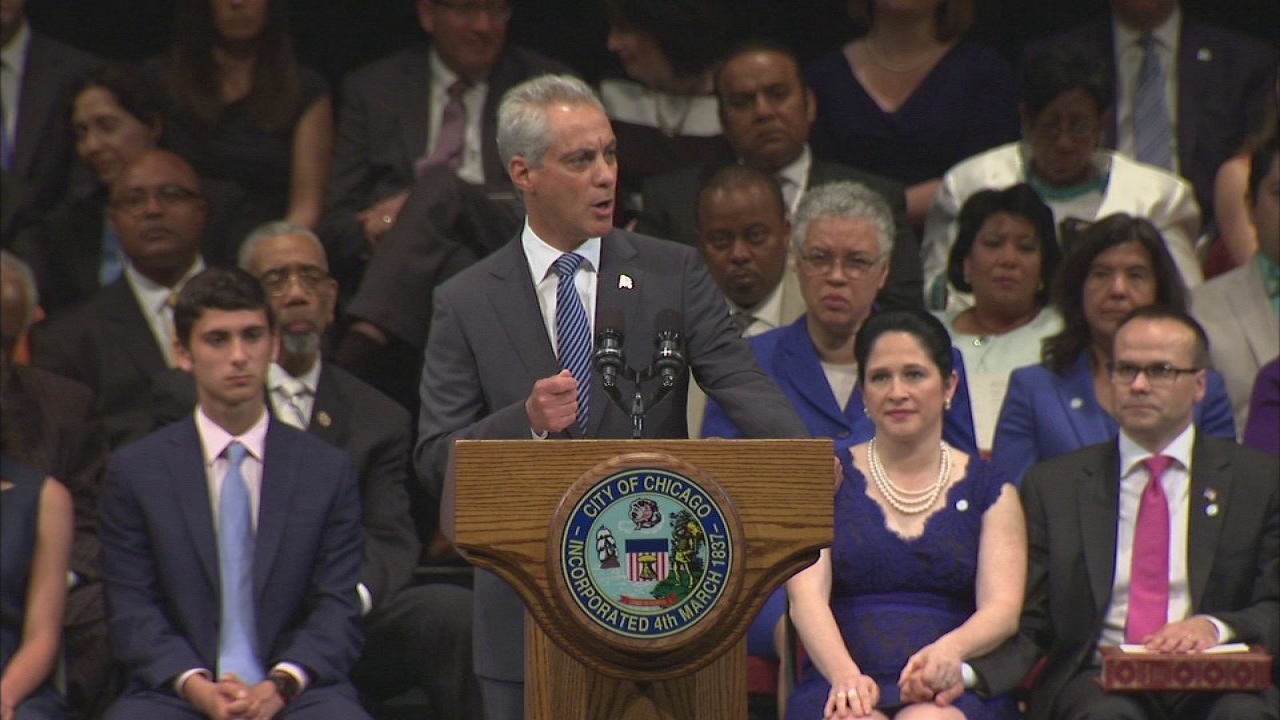 "It's time we stopped talking past each other and joined together and start finding solutions," Emanuel said. "When young men and women join gangs in search of self-worth, we as a city must and can do better."

Emanuel, who won a second term in a runoff election with Cook County Commissioner Jesus Garcia earlier this year, did not say much about the city's worsening financial crisis.

"Actually I was waiting for the words finances, pension, crisis. The real issues that we have to tackle that we don't have a plan for yet," Ald. Scott Waguespack, Ward 32, said.

Instead, Emanuel focused on helping the most city's most disadvantaged youth.

"The adolescents I'm addressing are often untouched by government programs. Their school is the streets and their teachers are the gangs," he said. "We owe you a better chance. And you owe it to yourself and your family to make the most of it. We will never give up on you, so don't give up on yourself." 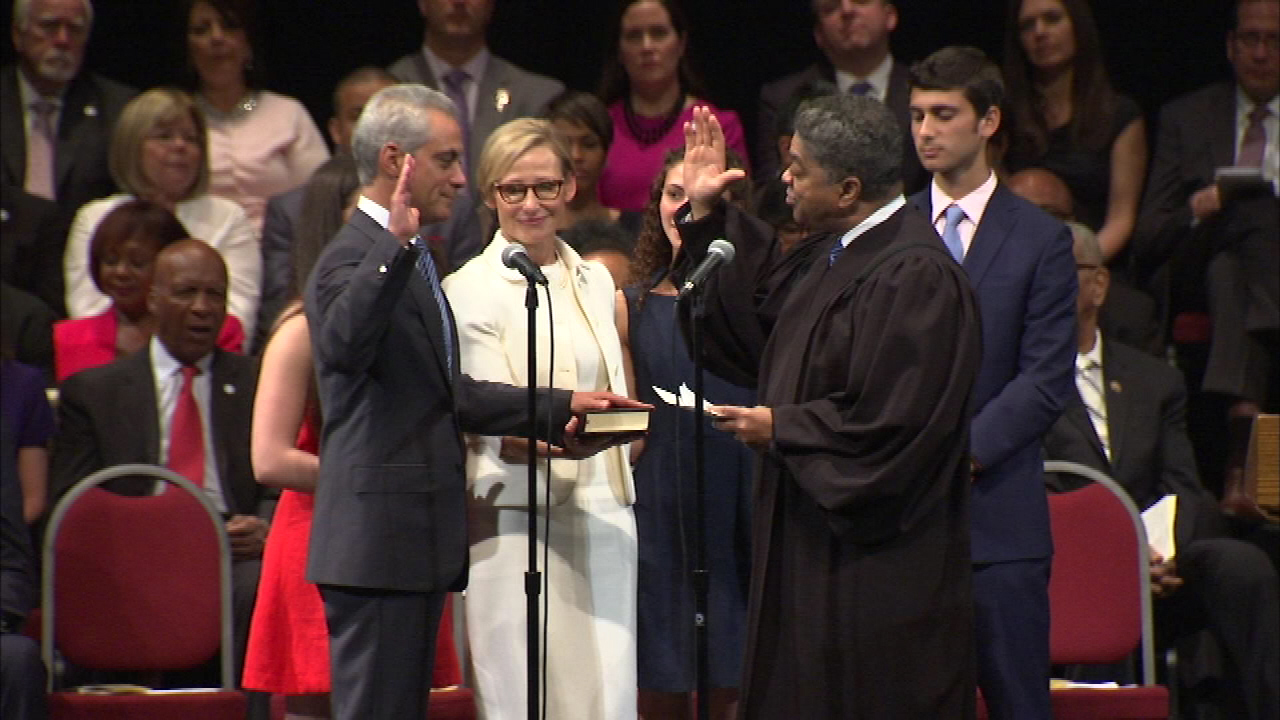 PHOTOS: Mayor Emanuel sworn in 2nd term
Chicago Mayor Rahm Emanuel was sworn into a second term in office on Monday, May 18, 2015, at the Chicago Theatre.

"If you don't work on our children, some of the challengers we're having out on the streets on the South and West sides of Chicago, our city is going to get worse off," Ald. Jason Irvin, Ward 28, said.

"If we don't get our house in order we won't be able to find the money for education and other things to really make our future brighter," Alderman Tom Tunney, 44 Ward, said.

"The focus on the youth is a very important aspect of what the city of Chicago needs right now," Rep. Danny K. Davis (D) said.

"The reality though is we're not going to be able to do that if we can't get our fiscal house in order," Ald. Pat Dowell, 3 Ward, said.

They mayor also reiterated a call for public engagement online at www.CHIdeas.org regarding violence. A final report on the ideas will be presented in the coming weeks.
Related topics:
politicsloopbill clintonrahm emanuelpolitics
Copyright © 2020 WLS-TV. All Rights Reserved.
RELATED 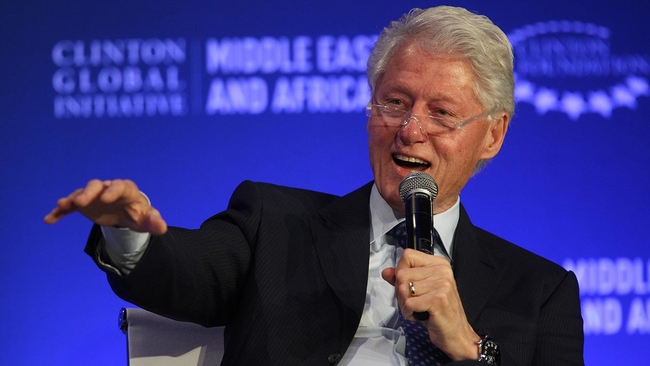 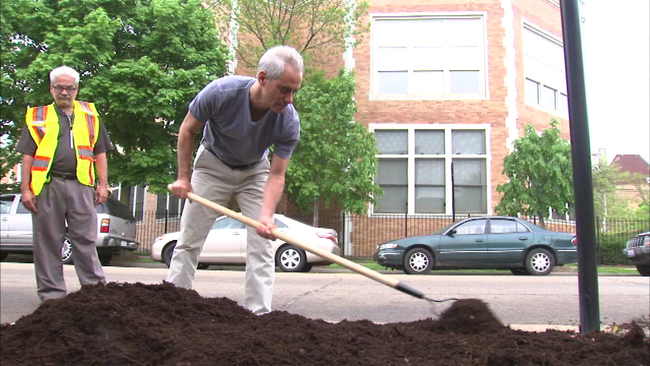