If you have a mail-in-ballot but haven't submitted it yet, officials recommended you bring it to your polling location and vote in person, or fill it out and drop it off at authorized location. Don't mail it in, unless you have it postmarked by tomorrow at the post office.

Voters registered in Chicago can come to the United Center on Tuesday for in-person voting or mail-in ballot drop-off. Already, though, millions in the state have made their voices heard.

Early voters lined up Monday outside of the Super Site in the Loop.

"I just wanted to get the vote in," said voter Chloe Schultz. "I have heard there were long lines."

The fast-moving line wrapped around the sidewalk before the doors even opened.

"Some of my co-workers took a day off to do it, so I made sure to go early in the morning," said early voter Lizzie Zimmerman.

For Paul Jenkins, it's the first time he hasn't voted on Election Day.

"This is a different time," Jenkins explained. "I feel like it's the most important election that I've ever been a part of... So, yeah, I was just wanting to avoid the long lines tomorrow."

"I'm glad to be able to exercise my rights," early voter David Mickevich said. "I'm glad that it was expanded the way that it was so that everybody could take part."

But along with excitement, there's anxiety. More businesses were seen boarding up Monday, fearing unrest at this time of polarization.

"I try not to buy into the fear mongering, but I do have concerns that people might freak out," early voter Jennifer Templeton said. "I don't know what's going to happen."

"Out of an abundance of caution, we've made sure that our National Guard is simply in a state of readiness," Gov. JB Pritzker said.

In Skokie, Jack Scholakian fulfilled his civic duty at the Skokie Courthouse.

"As an American citizen, I think we should all have the right to vote and feel free to vote for anybody we choose," said Christian Trujillo, who also voted early.

Kina Perry is said voting is her way of making her voice heard.

"I skipped an election due to illness," she said. "I feel like since I was out and healthy today, I'd come on out and get my vote out."

And voters are coming at a record pace. So far, Chicago voters have returned 402,000 mail-in ballots. By comparison, 94,000 ballots were cast by mail in 2016. State election officials said more than 3.5 million votes have been cast already in Illinois, exceeding 2016's 1.9 million.

"I would also like to thank the over 756,000 Chicagoans who have vote early or sent ballots in already," said Chicago Board of Elections Commissioners Chairwoman Marisel Hernandez. "Early turnout has been incredible"

"That tells me that people really need some changes. People are tired of what's going on," said Fenel Voltaire, early voter.

Many say they took the extra step for peace of mind.

"I do not know with the way mail-in has been going if it will be accurate or not, so I was like, let me go and get it out of the way and make sure it is taken care of because we have to make some changes with the country right now," said early voter Bernard Maynor.

For Diane Britton, voting was a family affair. She already went to the polls, and then returned with her sister who has not voted in 50 years.

Britton said there is too much at stake to not vote this year.

And for Bridget Giles, voting is a way to honor her father, who fought in the Civil Rights Movement. She never misses an election.

There is also record turnout in the suburbs. Out in DuPage County, the clerk says about half of the county's voters have already cast their ballots, on track for record-breaking numbers.

Many last-minute early voters made their selections at the DuPage County Fairgrounds in Wheaton late Sunday afternoon.

"I was a little worried about getting here on Tuesday and with all the COVID restrictions, just being a really long line," said voter Paul Sangorska.

Ted Estes has been watching voters go in and out of his early voting site while working as a poll watcher.

"I have been doing that yesterday and today. Yesterday there was a lot of people here. This afternoon has been a little bit lighter than

The DuPage County Clerk said at this rate, even light turnout on Tuesday would break the turnout record.

Lizzie Zimmerman says this election is a hot topic among her friends and co-workers.

"This election, the amount of Generation Z voters that are in the voting pool I think is important to all vote," Zimmerman said. At this point, we outnumber the older generations. If we participate, we can make a change and make up for what happened in 2016."

Absentee voting amid coronavirus has changed the vote-counting timeline, and there aren't uniform practices for counting those ballots. That makes it difficult to predict when certain key battlegrounds, much less a national result, could be called.

For example, Pennsylvania and Michigan - battlegrounds Trump won by less than 1 percentage point in 2016 - aren't expected to have complete-but-unofficial totals for days. Florida and North Carolina, meanwhile, began processing early ballots ahead of time, with officials there forecasting earlier unofficial returns. But those two states also could have razor-thin margins.

Early returns, meanwhile, could show divergent results. Biden is expected to lead comfortably among early voters, for example. Trump is likely to counter with a lead among Election Day voters. Depending on which counties report which batch of votes first, perennially close states could tempt eager partisans to reach conclusions that aren't necessarily accurate.

County clerks have been encouraging voters to take part in early voting because of the pandemic. They said voters have taken advantage of the early voting options, voting in person or by mail in large numbers. 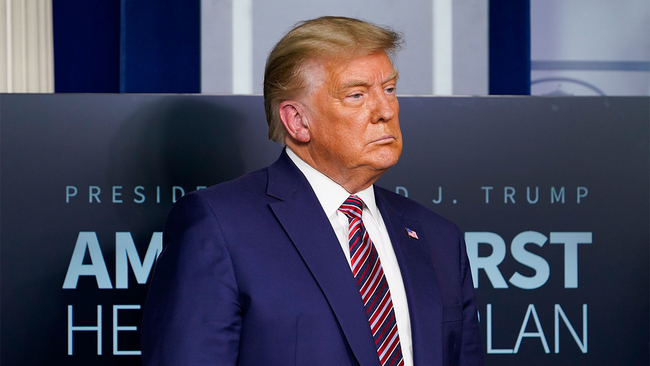