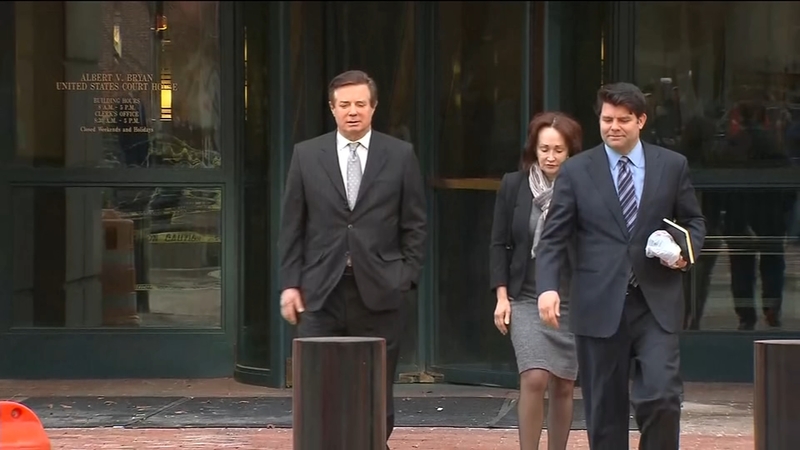 Manafort's disclosures that he committed fraud against Federal Savings Bank in Chicago come in a surprise plea agreement with special prosecutor Robert Mueller.

The ex-Trump campaign boss has also agreed to fully cooperate in Mueller's special investigation of Russian efforts to influence the 2016 election.

Oddly, Manafort's Chicago bank fraud admissions come less than a month after a federal jury in Virginia ended up hung on the very same charges.

Two executives of Federal Savings Bank had testified against Manafort in the Virginia trial. Federal investigators and a congressional committee are still looking into whether Manafort promised a White House job to bank founder and president Stephen Calk as part of a loans-for-job scheme.

Friday's guilty plea and bank fraud admissions by Manafort may put Calk in new legal jeopardy, said ABC7 legal analyst Gil Soffer. Manafort could provide investigators with details of the inner workings of the Chicago bank fraud, according to the former federal prosecutor.

Calk and Federal Savings Bank officials did not respond to messages left Friday by the ABC7 I-Team.

Manafort's decision to cooperate with Mueller in hopes of a lesser prison sentence is a stunning development.

His guilty plea on conspiracy and obstruction charges and his cooperation open up new potential legal vulnerabilities for Trump.

"I plead guilty," Manafort told U.S. District Judge Amy Berman Jackson at a Friday morning hearing D.C. federal court. Under the terms of the deal Manafort admits years of financial crimes to hide millions from the IRS and promised to tell the government about "his participation in and knowledge of all criminal activities."

In return for his assistance to the government, Manafort hopes to see years shaved off a potential 10-year prison sentence in the D.C. case - a figure that does not include any likely sentence for his conviction last month in Virginia.

"This had absolutely nothing to do with the President or his victorious 2016 Presidential campaign," Sanders said.

Echoing that, Trump's personal attorney Rudolph Giuliani said: "Once again an investigation has concluded with a plea having nothing to do with President Trump or the Trump campaign. The reason: The president did nothing wrong."

As part of the plea deal, the government plans to seize five properties worth millions of dollars, including Manafort's apartment in the Trump Tower and a Brooklyn home that was linked to some of the loan money from Federal Savings Bank in Chicago. The deal also calls for forfeiture of a handful of financial accounts including the proceeds of two accounts at Federal Savings Bank that are believed to have been tied to loans of $6.5 million and $9.5 million.