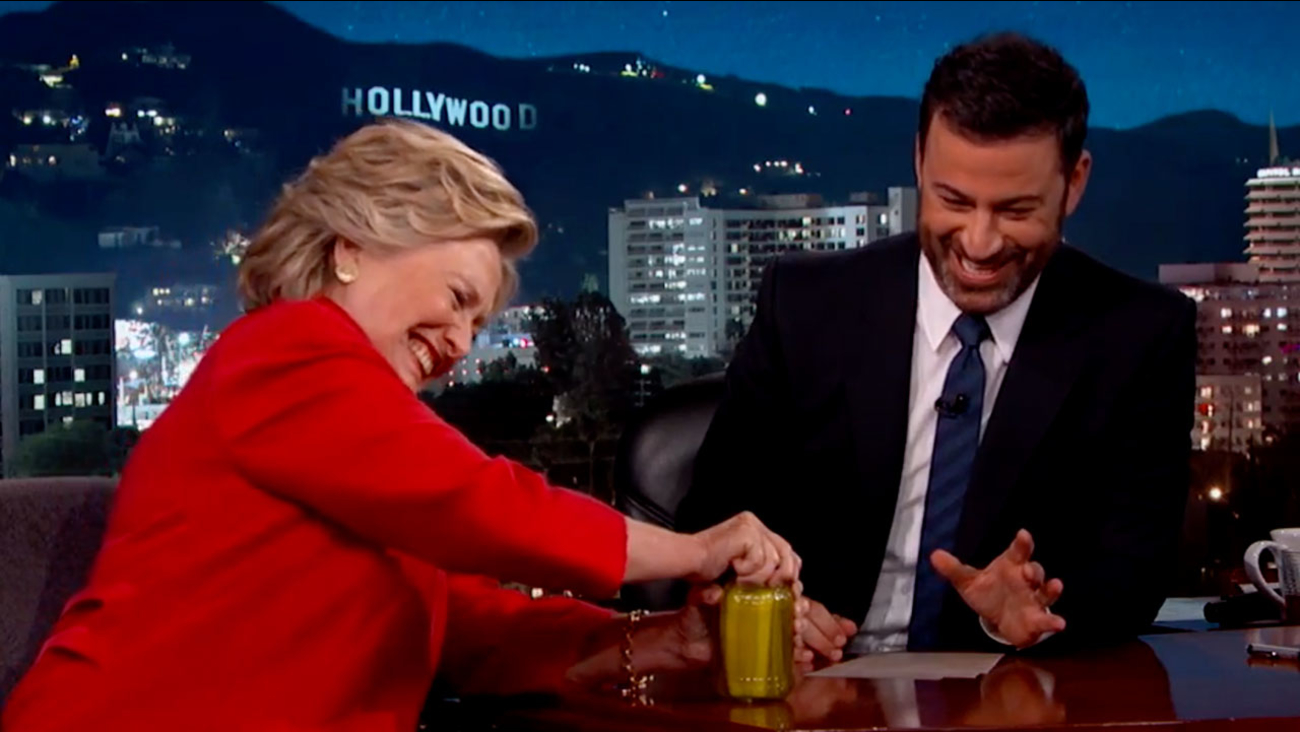 In the midst of accusations that she is in poor health, Hillary Clinton was asked to disprove the rumors with the ultimate physical test, according to Jimmy Kimmel: opening a jar of pickles.

The presidential candidate appeared on Jimmy Kimmel Live on Monday to talk about her campaign, her opponent and the convention. As for Donald Trump, Clinton said she didn't see any problems with his physical fitness.

"As far as I can tell, he's healthy as a horse," Clinton said before proving her own strength by successfully opening a pickle jar.

The former Secretary of State praised the Republicans who have supported her, said that elementary school helped prepare her for the upcoming debate with Donald Trump, and discussed her husband's love of balloons.

Kimmel also asked Clinton to read Donald Trump quotes with a straight face, which she was able to do until she got to a well-known quote about his daughter Ivanka.


Kimmel, who is "running" for vice president, poked fun at Hillary Clinton's running mate, Tim Kaine. He said of Kaine's goofy dad reputation, "He will definitely do the Macarena at your inauguration."