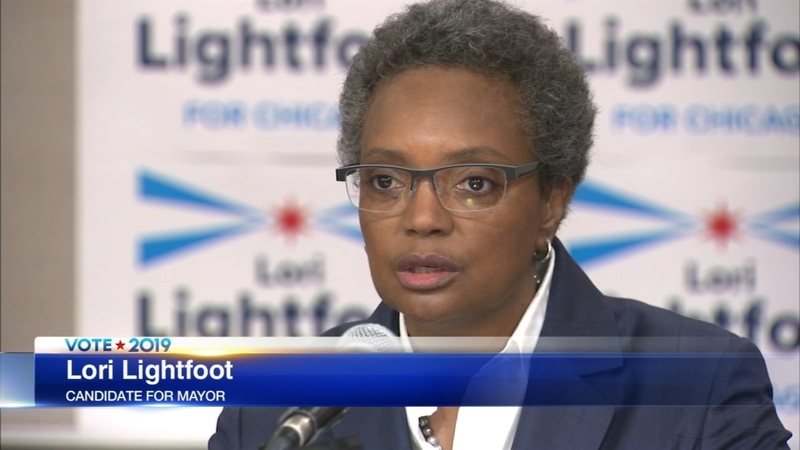 She enters the race with years of experience as former federal prosecutor and work on police misconduct cases and reform under the Daley and Emanuel administrations.

Positioning herself as a progressive candidate guided by the principals of inclusion and equality, former Chicago Police Board President Lori Lightfoot officially announced her run for mayor.

"In order for Chicago to remain a world-class city, we need to forge a new path, in which equity and inclusion are our guiding principles," Lightfoot said Thursday morning.

Lightfoot is a former federal prosecutor and was the point person for police reform after the Laquan McDonald shooting.

"To me this election comes down to two stark choices, a new progressive course or continuing the us versus them mentality that benefits the few or the many," said Lori Lightfoot during her campaign announcement Thursday.

While Lighfoot never mentioned Rahm Emanuel by name during Thursday's campaign announcement, she made it clear her disappointment in his administration is the driving force behind her decision to run.

"What was the tipping point for me is because I believe the city is going in the wrong direction and I've lost confidence in the current administration to take us there," Lightfoot said.

Lightfoot's decision to join the mayoral race comes months after she told Emanuel she would not run against him when he re-appointed her to the police board. Following the fallout from Laquan McDonald shooting, Emanuel also tapped Lightfoot to co-chair a police reform panel.

During her three-year reign as police board president, she was, at times, a harsh critic of Emanuel's decisions regarding the CPD. The civilian board gives residents a voice in the police disciplinary process.

Lightfoot was appointed by Emanuel in 2015 and resigned from the position earlier this week. In her resignation letter, Lightfoot said she would continue her efforts "to be a passionate advocate for issues that are critical to uplifting the quality of life for all Chicagoans."

Emanuel had said one of the reasons he appointed Lightfoot was her public safety experience. She replaced Demetrius Carney, who stepped down after leading the board since 1996. Lightfoot was replaced by Ghian Foreman, who was the board's vice president.

Some Emanuel allies criticize Lightfoot for running against the person who gave her a high profile platform for police reform issues.

"I don't think them mayor gave me anything, ok? So let's be clear... my parents gave me a lot," she said.

Lightfoot's campaign will focus on economic justice, by spreading the wealth from downtown to lower and middle income neighborhoods. Although, she says examining how the city spends its money is the first order of business before making any revenue or investment decisions. "Clearly hard choices are going to be made but, we have to go through this process making sure everything we can to be smart about the way monies are used and invested first," she said.

For now, the 55-year-old Lightfoot's challenge is raising money and building a political base.

The mayor's campaign released a statement stating, "While all of these candidates try to figure out a path to get into the runoff that already have them attacking one another, the mayor is focused on the best path forward for Chicago, with safer streets, expanding summer jobs opportunities for youth, and bringing more good jobs to Chicago."

Many of the other candidates welcomed Lightfoot into the race.

In a statement, mayoral candidate Paul Vallas said, "I wholeheartedly welcome Lori Lightfoot's entry into the mayoral race and wish her the best of luck. She is gifted and dedicated. I've had the privilege of meeting Lori on the issue of transforming education and occupational training in the criminal justice system. I look forward to a healthy debate of ideas to help our city, that I know she will contribute to."

Candidate for mayor John Kozlar also released a statement saying, "With Lori Lightfoot announcing, there is a strong and consistent message being sent to Chicago: There is a loss of trust in Rahm Emanuel's ability to lead. Many who were once in support of Rahm, no longer respect him. This is a direct sign of weakness when the person in charge cannot keep his own appointed team on his side. Rahm Emanuel is no longer fit to represent Chicago. We need to start paying attention to all of our neighborhoods and residents, and not just the elitists. It's through innovative ideas, willingness to work with diverse community members, and the ability of bringing people together that we can truly take Chicago back. This is why I am running for Mayor."

Willie Wilson, who is also running for mayor, released a statement that said, in part: "With the entry of so many additional candidates into the 2019 race for Mayor of the city of Chicago, there has been an outcry within the Black community of Chicago for unity behind a single Black candidate. 'While I understand the frustration, I welcome all the candidates into the race,' he said. 'Each of them has the right to run and the fact that so many have come forward only serves to show how desperate the citizens of our great city are to get rid of Rahm.'"

Mayoral candidate Troy LaRaviere released this statement: "Our first priority must be to get the corrupt and incompetent Emanuel administration out of office. In order to do that, we need a candidate who can beat him, and only the voters can tell us who that candidate is (by voting that person in, or putting him or her in the run-off). One of us can beat Emanuel, but neither of us can beat him if we're not in the race. So although I was the first candidate to declare, I welcome other voices and perspectives that give voters a clear choice."
Report a correction or typo
Related topics:
politicschicagoloopchicago mayor electionrahm emanuelchicago police department
Copyright © 2021 WLS-TV. All Rights Reserved.
RELATED 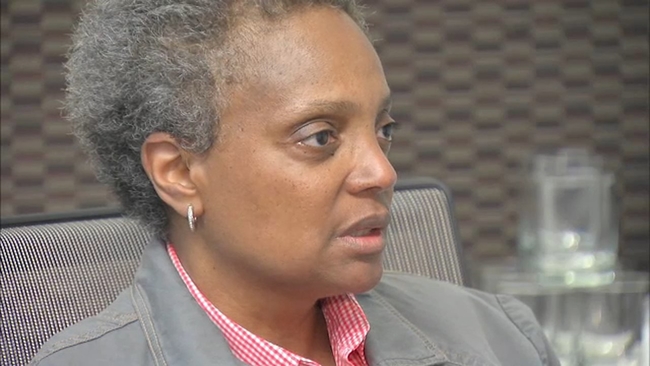