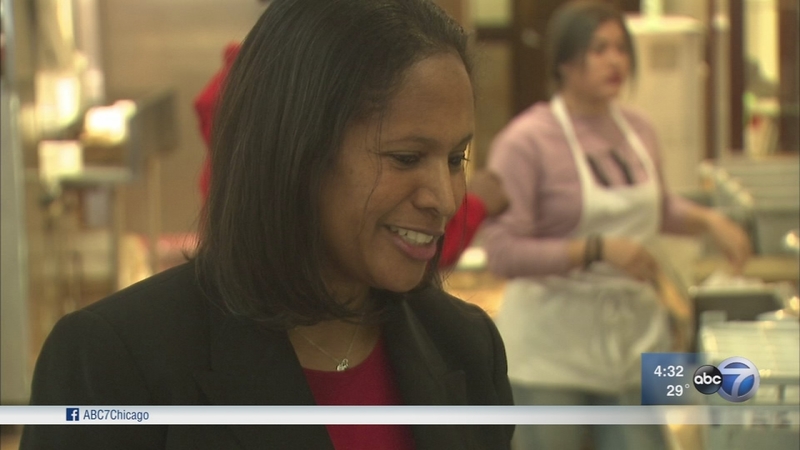 CHICAGO (WLS) -- An apparent endorsement from former President Barack Obama has triggered a controversy in a special election on Chicago's South Side.

Alderman Sophia King, appointed by Mayor Rahm Emanuel nine months ago, described herself as "elated" to be endorsed for election by an old friend and absentee constituent, the former President Barack Obama.

"It's a validation of what I've been doing in the ward for the past 30 years," she said.

King's campaign issued a statement quoting what purportedly would have been Obama's first public statement since leaving Washington: "Michelle and I have known Sophia many years as a leader dedicated to improving her community. Sophia is the type of leader Chicago and the Fourth Ward need."

King says it's more than a friend doing a friend a favor.

"I don't think the president, former president of the United States, would waste his good name and endorsement on just a friend," King said.

Attorney Ebony Lucas, one of four other candidates running in the special election, says the Obama endorsement will hurt the incumbent.

"For us, this race is the people against the machine. And that solidifies her position as a part of the machine," Lucas said.

And candidate Greg Livingston remembers that Obama twice endorsed Mayor Emanuel, who appointed King. Livingston said the former president who hasn't lived in the ward for eight years should butt out.

"There are many folk that wish the president would not get involved in something as low level as an aldermanic race," Livingston said.

Alderman King dismissed the notion that a former president has or should have more important things to do than get involved in local politics.

"I think he understands that without local politics there's not much that can be done," King said.

"There's too many things going on. There are immigrants being stopped at the airports, all these things are happening. Let him take his heft and his weight and lean on that and let the people of the 4th Ward decide who they want for their alderman," Livingston said.