WLS
By Craig Wall
CHICAGO (WLS) -- South Bend Indiana Mayor Pete Buttigieg brought his Presidential campaign to Chicago Tuesday., speaking at the closing day of the Rainbow Push convention where he had some sharp words for the Department of Justice.

Buttigieg spoke as he finds his presidential campaign repeatedly answering questions about his handling of the shooting of a black man by a white police officer in South Bend in June.

A recent CNN poll shows Buttigieg with virtually no support among African Americans, making his appearance at the Rainbow Push convention an important one as he seeks to expand his base of Democratic voters. The most recent poll of the Democratic contenders puts him in fifth place with just 4% of the vote.

"I am asked how I am going to earn the black vote in the polls 10 times more often than I am asked how my policies would actually benefit black Americans," Buttigieg said.

On June 16 a white police officer in South Bend shot and killed a black man, touching off protests and a stream of questions for Buttigieg about what some are calling his "black problem." Monday he sent a letter to the Department of Justice requesting their assistance in the case.

Tuesday he had unflattering words for the DOJ, saying he is already moving forward with steps to increase accountability and justice in his police department.

"The reality is the DOJ in this administration has shown considerably less interest in civil rights than it did under the last administration," Buttigieg said. "Still, I want to open a discussion about the different ways in which the federal government can make a difference."

Reverend Jesse Jackson defended Buttigieg, while also stressing the need for diversity in police departments everywhere so they represent the people they serve.

"He's handled an awkward position well by being transparent. But I think the media, with all due respect, are using this as a breaking news snapshot and missed the bigger picture," Jackson said.

Jackson also called the situation in South Bend a learning experience for others. 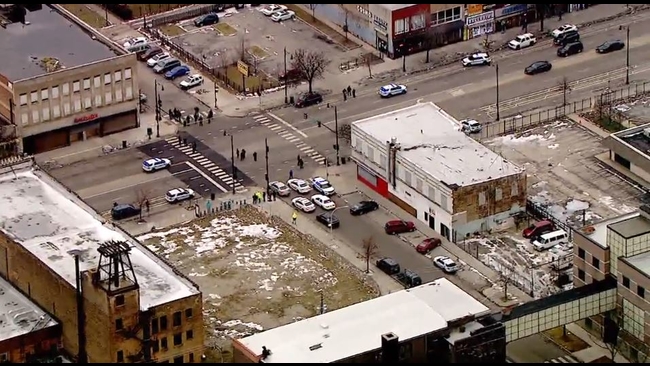