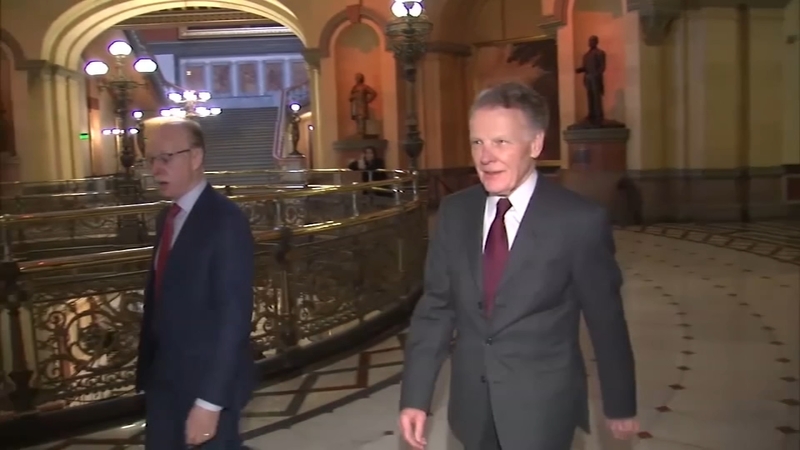 Pressure continues to mount on House Speaker Mike Madigan after his chief of staff is accused of sexual harassment. Now former Governor Pat Quinn is calling for Madigan to step aside as Democratic Party Chairman.

Just hours after Speaker Mike Madigan's chief of staff, Tim Mapes, was forced out over sexual harassment allegations brought by long-time Madigan staffer Sherri Garrett, Madigan promised to appoint an experienced investigator to look into all House operations. Thursday, several members of the House Democratic Women's Caucus called for an independent investigation. Quinn said it should go even further.

"I think there should be a fully independent review of everything, both in the House and Senate," Quinn said.

He added that he believes that Madigan is not doing enough to deal with the sexual harassment scandals in his office and in his party. Last week, the deputy majority leader, Representative Lou Lang, resigned from his leadership posts after Mayann Loncan accused him of sexual harassment and abuse of power. Allegations Lang called absurd.

"I think there must be an even more vigorous effort to root out all vestiges, all behavior that involves bullying, harassment assault or anything else," Quinn said.

Despite concerns victims have raised about having the Legislative Inspector General, Julie Porter, handle such complaints-- because of Madigan's control of the ethics commission-- the head of the Illinois chapter of the National Organization for Women says the process should start there.

"If we don't see this moving forward with the investigator general's office, we definitely do think that a third party, an independent investigation would be warranted," said Michelle Fadeley, President, Illinois NOW.

Meanwhile, former State Representative Ken Dunkin is denying allegations by Garret that he made an inappropriate sexual advance toward her and another woman.