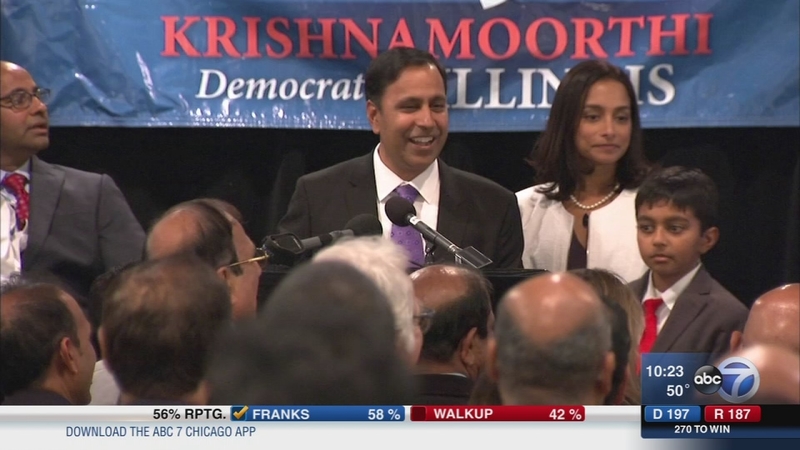 Krishnamoorthi and DiCianni were both trying to win the seat vacated by Tammy Duckworth, who won Illinois' U.S. Senate seat Tuesday night.

Krishnamoorthi thanked supporters in a victory speech Tuesday, calling it a "difficult" and "disheartening" campaign season. He says what unites people far outweighs what divides them and that everyone should work together.

He also touched on issues including security and paid parental leave.

Krishnamoorthi made an unsuccessful congressional bid in 2012 and narrowly lost the 2010 Democratic primary for Illinois comptroller.

The two candidates faced off in a debate last month and moderated by ABC7's Alan Krashesky and Univision Chicago's Enrique Rodriguez.