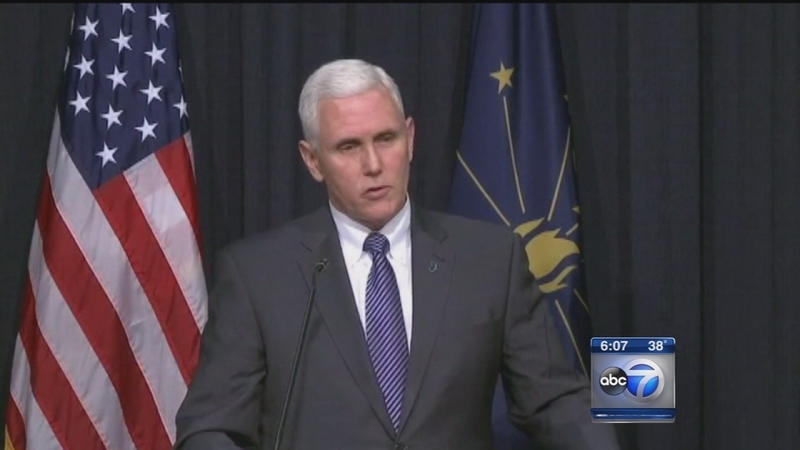 INDIANAPOLIS (WLS) -- In Indiana, it's now legal to deny service to someone who is gay if you say it is because of your religious beliefs.

Gov. Mike Pence has signed into law what is called the Religious Freedom Restoration Act, which critics are calling discrimination.

Designer Desserts has been in the business of making cupcakes and wedding cakes for the past eight years. The Valparaiso, Ind., store serves all, including gay people.

"Cupcakes are for everyone, it's doesn't matter who you are or what you believe in, it's a cupcake and we are here as a business," said Adam Wiltfang, owner of Designer Desserts.

And down the street at Catherine's Bridal Boutique, owner Catherine Brown has never thought twice about selling dresses to gay couples.

"I've never used religion as a reason to sell or not to sell a dress, I'm happy to serve anyone who walks in the door for whatever purpose they are here for," Brown said.

But some other Indiana businesses don't feel the same way, which is why Gov. Pence signed the bill, which protects businesses from not serving someone if they objected on religious grounds, such as services for same sex weddings.

It is controversial legislation that opponents say is all about discrimination.

"This bill is not about discrimination," Pence said. "If I thought it was, I would have vetoed it."

Despite that, many businesses, including Designer Desserts, are joining forces against the bill by displaying this sticker that says, "We serve everyone."

"It seems a little backwards, we are supposed to be moving forward," Wiltfang said.

Some conventions groups plan to pull business out of Indiana, and with the Final Four in Indianapolis, the NCAA weighed in by releasing a written statement that reads in part, "Our members are deeply committed to providing an inclusive environment for all our events."