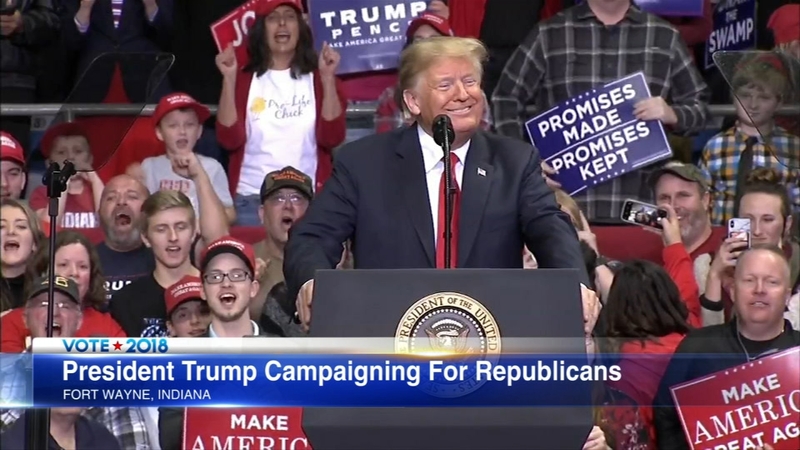 Trump appeared at the Allen County War Memorial Coliseum, where supporters started lining up in the early morning hours.

Indiana voters will decide whether to re-elect U.S. Sen. Joe Donnelly, a Democrat, or replace him with Republican businessman Mike Braun.

Donnelly is considered one of the most vulnerable lawmakers in the Senate, running for re-election in a state that Trump won in 2016.

Trump fans were excited about the president's visit.

"You don't get this in Chicago, President Trump, the rally was shut down in Chicago, so it's great being here showing everyone well I'm from Chicago and there's Trump supporters in Chicago," said Chicago resident Lorenzo Esquivel who made the trip to Fort Wayne.

Just ahead of arriving in Fort Wayne, Trump rallied in Cleveland.