"Meanwhile: 39 shootings in Chicago this weekend, 9 deaths. No national media outrage. Why is that?" Posobiec wrote in the tweet.

Meanwhile: 39 shootings in Chicago this weekend, 9 deaths. No national media outrage. Why is that? https://t.co/9Crutnnrp8

Trump's decision to retweet Posobiec has drawn criticism after it took two days for him to condemn hate groups by name following the violent white-nationalist rallies in Charlottesville.

Trump also retweeted a cartoon of a train running over a person with a CNN logo covering the person's head Tuesday morning. The retweet was later deleted, the New York Times is reporting.

That retweet is drawing outrage after the death of counter-protester Heather Heyer, who was struck by a car over the weekend in Charlottesville. Peaceful protesters were marching downtown, carrying signs that read "black lives matter" and "love" when a silver Dodge Challenger operated by Alex Fields Jr. barreled through people before crashing into another car.

A White House official said the tweet was posted by mistake and was deleted as soon as it was noticed. 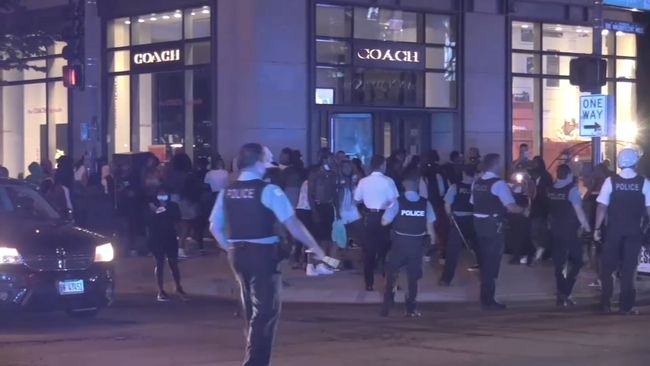 Chicago looters must be prosecuted for actions: FOP president