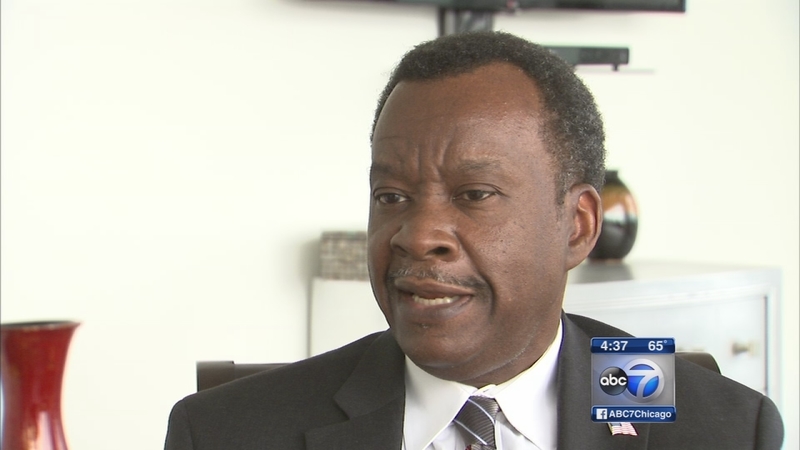 CHICAGO (WLS) -- Eleven weeks after his failed run for Chicago mayor, multi-millionaire businessman Willie Wilson has set his sights on the White House. He has filed papers to form an exploratory committee to run for the nation's highest office.

"Why should I sit on the sidelines when this country, America's been so good to me and I can afford to get out there and help," Wilson said.

Wilson, who has never held public office, finished third in the first round vote for mayor. He says leading a successful worldwide medical supply company proves he can run the government and deal with foreigners.

"Those people are the same as we are here," Wilson said. "We want the same things."

N'digo Magazine publisher Hermene Hartman says she is one of Wilson's harshest critics. She says he's unqualified and unable to communicate with voters.

But Wilson seems unconcerned with such criticism.

"Doesn't matter what people say about me," Wilson said. "That doesn't matter. As long as I know I'm giving and trying to help others."

Wilson already has some national name recognition from his syndicated gospel music show airing in all 50 states. He says he'll leave the city this spring to begin his campaign. He will be focusing on early primary states and the South, where he says he picked cotton before arriving in Chicago. He now lives in a lakefront penthouse.

"I'm serious about it," he said. "If I get into it, I'll get into it to win. And I'll win because the heart says I'm trying to do what's right."

Wilson says that while is running as a Democrat, he represents the people as opposed to the party. He called that the biggest difference between himself and Democratic front-runner Hillary Clinton. While his mayoral campaign was self-financed, Wilson says this time he will ask for donations via a website that will be up and running by the end of this week.