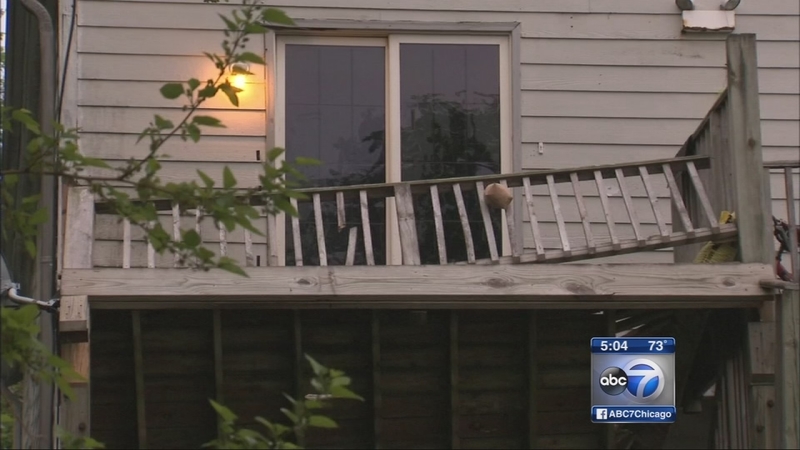 EVANSTON (WLS) -- Building inspectors said a porch that collapsed on Memorial Day in suburban Evanston was not properly attached to the home. No one was seriously injured.

"Pretty much most deck failures occur where the deck meets the house. That's what happened here. There's a lack of attachment at the house. The deck was not attached properly to the structure," Evanston Building Inspector Gary Gerdes said Tuesday.

Several people were on the second-floor porch in the 1900-block of Darrow Avenue around 9 p.m. Monday when it gave way, falling to the first floor.

"I heard a cracking and literally it just dropped. We had no time to grab on to anything or save ourselves," Tracy Edwards said. Edwards was one of seven people on the top deck at the Memorial Day gathering. She said she was knocked unconscious from the fall, and found she had cuts to her head and an injured knee. Only minor injuries were reported.

"I just told my kids to get ready and put their shoes on so we can and like not even five minutes later it collapsed. We were sitting there having a good time and it came down," Delilah Walker said. "Everybody fell on top of each other. Everything fell on top of us. There was a hot grill up there. Thank God no one got burned."

Gerdes plans to look up the property's permit history to make sure the building it up to code. The landlord said he'd get the porch fix, the family said.

Residents were allowed to return home on Tuesday after the building was deemed safe. Frank Lamphere, who constructs decks and inspects them, said standards for deck construction have greatly improved in the last decade, but this type of collapse is still too common.

"Ninety percent of deck failures occur at the house where the connection is," Lamphere said. 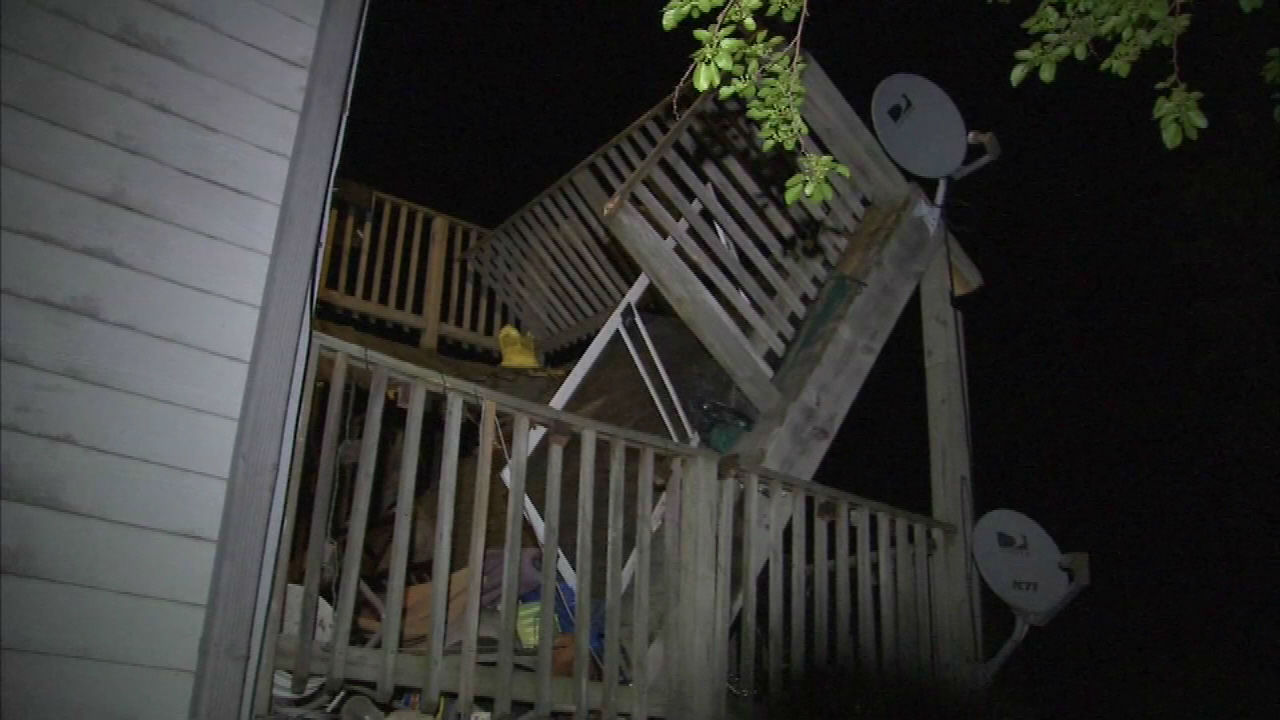