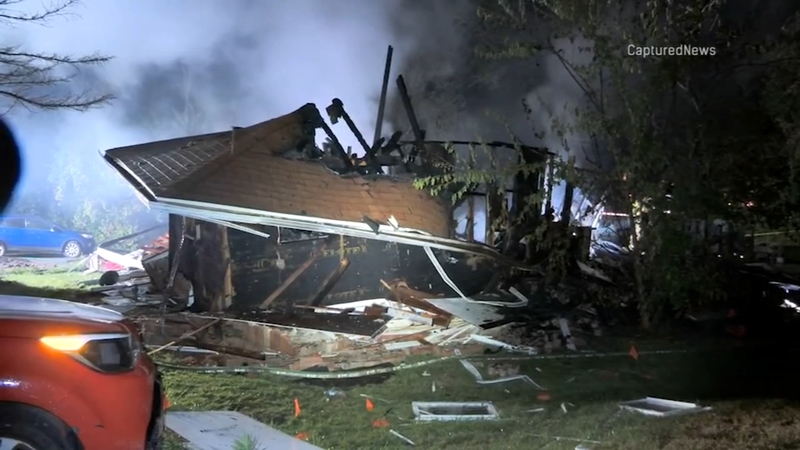 PORTER, Ind. (WLS) -- Seven people, including a 3-year-old girl, were injured when an explosion leveled a house in Porter, Indiana.

When firefighters arrived, a rescue effort was already underway to free a 3-year-old girl trapped in the rubble.

"We had several bystanders in law enforcement that had shown up, and through collective effort of all of them, they were able to find the 3-year-old and get her out into an awaiting ambulance," Craig said.

The 3-year-old was airlifted to University of Chicago Comer Children's Hospital. No information was immediately available on her condition or the extent of her injuries.

Firefighters also rescued a woman trapped amid the fiery debris. Officials said a total of seven people from the home sustained injuries and are now being treated at hospitals, but did not provide additional details.

The flames were so relentless, extra water had to be brought in. The Indiana Fire Marshal said the home is a total loss.