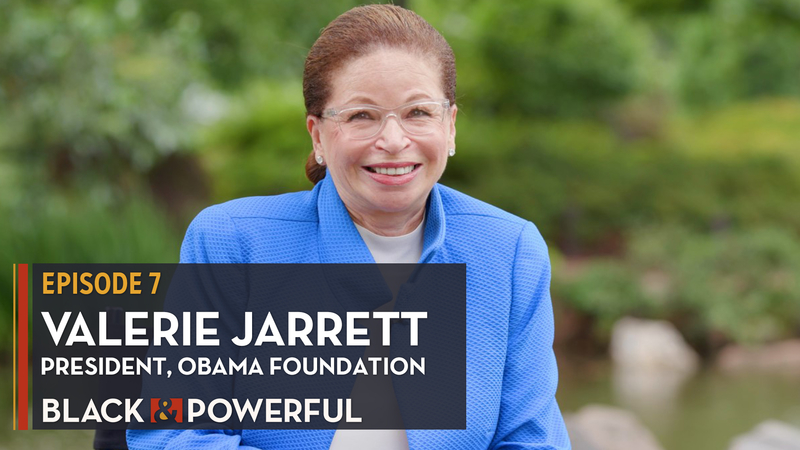 CHICAGO (WLS) -- Valerie Jarrett is known as the longest serving White House advisor in the Obama administration. Now, she's leading the important efforts of the Obama Foundation by working to "inspire, empower and connect" the next generation of young leaders.

Jarrett is a longtime Chicagoan who grew up on the city's South Side. In her New York Times Bestseller "Finding My Voice," Jarrett shares how she was painfully shy as a child when she moved from Iran to the United States. Jarrett said when she was abroad, she was simply viewed as American, and she did not realize she was Black until she moved to Chicago.

Before making her way to the White House, Jarrett served under Chicago Mayors Harold Washington, Eugene Sawyer and Richard M. Daley. She first met Barack Obama while working under Mayor Daley. "I was trying to recruit his fiance to come and work in city government," Jarrett said. From there, a close friendship developed. "What struck me about them both was their passion for public service, which is really where our true bond was."

Jarrett's close-knit relationship with the Obamas eventually led to her joining them in Washington, D.C. as senior advisor to President Obama.

"Every day for eight years I would think what a privilege it was to serve our country and my dear friend, like my younger brother," Jarrett said.

Her dedication to service did not end when she left the White House. Jarrett now serves as president of the Obama Foundation, working with young change makers in the same community she grew up in.

"We're going to train the next generation of leaders on how they can go back to their communities to make a world of difference," Jarrett said.

The Obama Presidential Center will be built in Jackson Park on Chicago's South Side; the groundbreaking is expected in 2021.

Jarrett said the experiences and mentorship provided by the Obama Foundation are part of what it means to be "Black & Powerful."

"You have to use your talents and work really hard, and figure out what you want your legacy to be. And hopefully it's leaving the world a little better than you found it," Jarrett said.