'Pretty Woman: The Musical' returns to Chicago at CIBC Theater for limited run 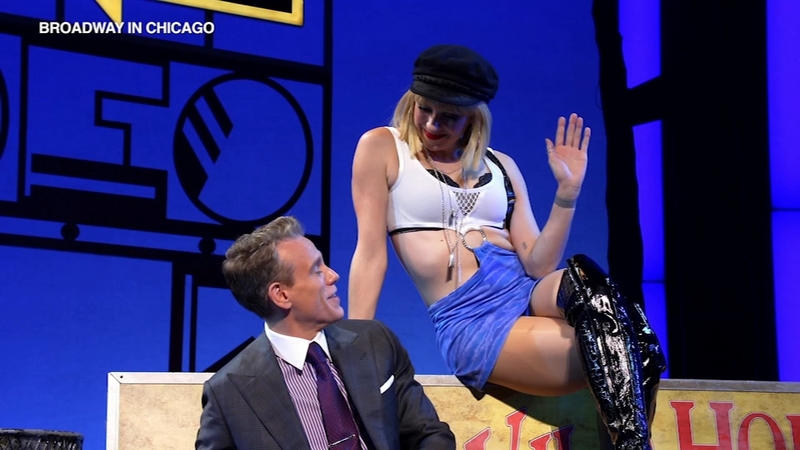 'Pretty Woman: The Musical' returns to Chicago for limited run

CHICAGO (WLS) -- One of Hollywood's favorite romantic comedies has been brought back to life as a theatrical production.

"Pretty Woman: The Musical" is back on stage in the Windy City this week. The show's creator calls it a "holiday gift to Chicago."

"In creating the musical I had to remember some of those iconic moments and make sure I delivered those," said director/choreographer Jerry Mitchell.

"Pretty Woman: The Musical" had a pre-Broadway run in Chicago before heading to the New York stage. This week the show is back for a very limited run.

"Now we have a better understanding of these characters, and to be able to say, 'this is the product we're proud to bring back here,' then to be so warmly received," said Olivia Valli, who plays Vivian Ward.

No one is prouder than cast member Alexa Xioufaridous Moster, who went to Walter Peyton Prep and just finished Northwestern in June.

Of course the musical is based on the 1990 movie starring Julia Roberts and Richard Gere. But cast members say expect a totally different experience.

"I don't think anyone wants to come here and see a carbon copy version of a Richard Gere or Julia Roberts performance," said Adam Pascal, who plays Edward Lewis. "There's no fun in that for me or the audience and they also their going to hear this incredible music by Bryan Adams and Jim Vallance. That's the biggest difference. They're seeing this presented to them musically."

"Sometimes there is pressure," Valli added. "Sometimes people come in expecting Julia Roberts but she's her and I am me and I think that's what's beautiful about being an actor is that I get to bring my own Olivia Valli life into a role like Vivian Ward."

So if you'd like to see how this stage production compares to the movie, you only have until this weekend to do that. "Pretty Woman: The Musical" closes on Sunday.