Watch "Our America: Who I'm Meant To Be" on your local ABC station or wherever you stream: Fire TV, Android TV, Apple TV and Roku
WLS
By Jason Knowles 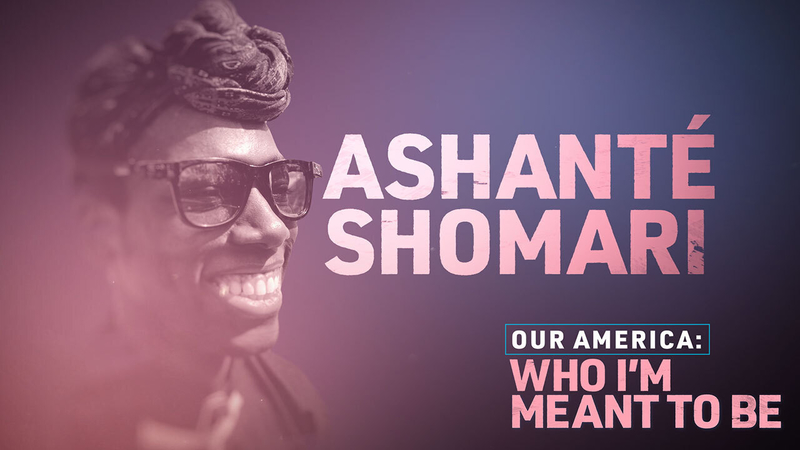 CHICAGO -- Everyone has layers that contribute to who they are. Whether you're a mother and a teacher or a doctor and an artist, who you are is partially molded by experiences.

This Pride Month, a young Chicagoan showed us how they became who they're meant to be.

"Kung Fu has been a pretty integral part of my self-expression," said Ashante Shomari.

Martial arts are more than hobbies for Shomari; they're the embodiment of blended worlds.

"I think that's what's really beautiful about the martial arts is you have the martial, the sort harder aspect, and then the arts, the sort of softer aspect," they said.

The martial arts have been a part of Shomari's life since they were a child. Just as the practices are displays of skill, Shomari said the art is an extension of an intersectional space where they feel safe to simply exist.

Shomari said they started identifying as nonbinary in their early 20s. Nonbinary, as defined by Merriam-Webster, describes a person who identifies with or expresses a gender identity that is neither entirely male nor entirely female.

"I don't really know how to make it more simple than that," Shomari said.

"I'm presenting myself as feminine or a woman, and now, all of the sudden, I'm a target to violence all the time. I'm already a target of violence just being a Black person," they said.

But Shomari finds beauty in accepting who they're meant to be.

"What is my most beautiful memory? I don't want to be cliche, but honestly, it's almost felt like a rite of passage to be a part of a float in the pride parade," Shomari said. "There was a moment where I felt like these are my people. This is my city. This is my community. And I'm not alone. Not that I feel that today. But at the time, I very much so felt that way. I think that's why the parade is so important because we get so few opportunities like that, to be free and amongst ourselves."

They say one way others can support LGBTQIA+ people is to foster meaningful relationships with members of the community.

The LGBTQIA+ community is not a monolith. It is multicultural, multi-ethnic, multi-faith and multidimensional. This Pride Month, we're celebrating members of that diverse community as a part of a special series called Our America: Who I'm Meant to Be. Click here for more stories from your city and around the country.
EMBED More News Videos

The LGBTQIA+ community is multicultural, multi-ethnic, multi-faith and multidimensional. Watch "Our America: Who I'm Meant To Be."