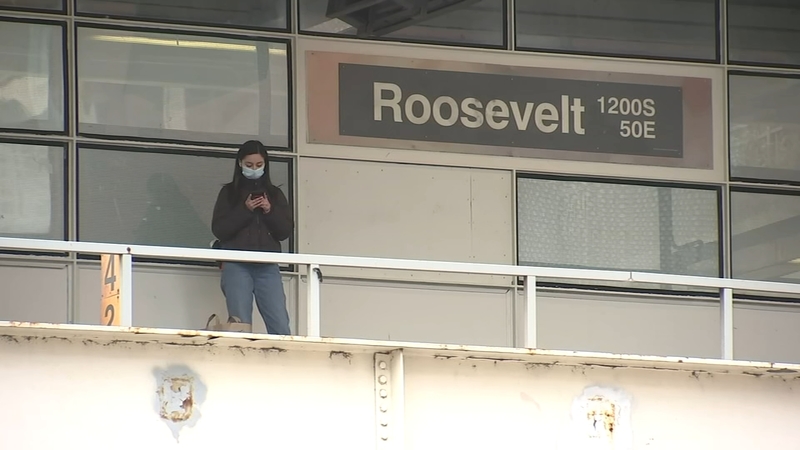 CTA riders reluctant to unmask, even after mandate ends

CHICAGO (WLS) -- Chicago-area residents began their morning commute without a mask Wednesday for the first time in a long time, and public transit riders had mixed feelings.

The governor's officer reiterated that "local municipalities retain the right to establish their own mitigations, including masking requirements on public transportation."

While Chicago COVID cases are creeping up again, hospitalizations remain low, so at this point the city said it has no plans to reinstate an indoor mask mandate.

While CTA riders Wednesday were a mix of masked and unmasked, many weren't ready to go mask free quite yet.

"It's just safer. I know a lot of people with compromised immune systems and I don't want to put them at risk," said Noah Frick, CTA rider.

Medical experts strongly recommend the unvaccinated and immunocompromised continue wearing masks. An N95 mask with a good seal is still the gold standard for protection.

"An N95 is going to protect you the best in terms of catching and protecting you from the smaller particles," said Dr. Susan Lopez, Rush University Medical Center.

"I do think it's a little premature. I know a lot of people are ready for it, but that doesn't make it the right choice," said CTA rider Bob Mason.

With masks now optional on all public transit in Illinois, Brian Maher from Orland Park decided not to wear his.

Frandolf Reyes from Bartlett chose to wear his mask on the train Wednesday.

"I just I've just been so used to it, and I feel more safer that way. Yeah it's just more of a habit than anything," Reyes said.

"It's been two years since the pandemic so I wish for some normalcy," said Eric Hernandez, CTA rider, who decided to forgo the mask.

But that desire could come with a cost.

"I think the concern from an ethical perspective is it allows public health officials to kind of be OK with bad outcomes from the community," said Dr. William Parker, UChicago Medicine medical ethicist. "If you are taking masks off, then I would replace that with proactive measures to help the most vulnerable."

Uber and Lyft have dropped their requirements also.

"I'm just not used to being out and about on a train and seeing people without masks, but since I saw yesterday I chose not to wear my mask today," Metra commuter Alees Edwards said.

Metra commuter Dylan Mattox says he noticed many riders take off their face coverings this morning when the conductor made an announcement that they were optional, but he plans to keep his on for now.

A local doctor weighed in on recent mask mandate changes.

"As of right now, I'm gonna be wearing it because I did notice in the past like two years I've gotten sick like way less than I usually do," he said.