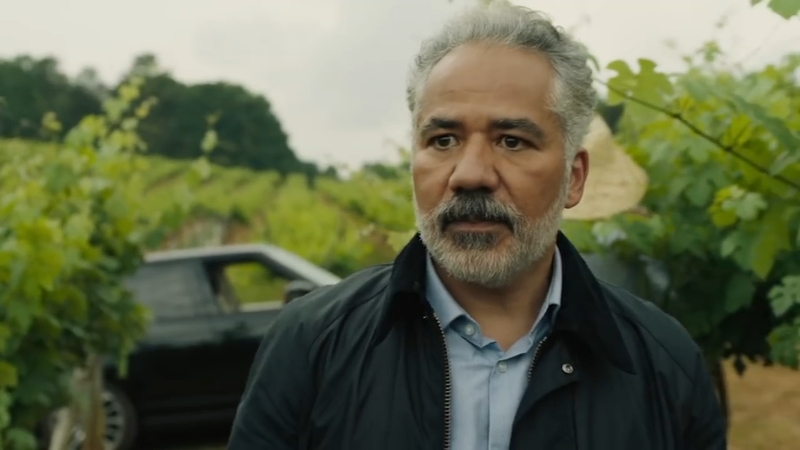 "Promised Land" features two families originally from Mexico who share the American Dream. One family has just immigrated to California's wine country, while the other has been in Sonoma for decades.

The stars are familiar faces. Bellamy Young played the fictional First Lady of the United States on "Scandal," while John Ortiz is originally from Bushwick and lived in Brooklyn for more than 40 years.

He has dozens of credits dating back to 1993's "Carlito's Way," starring Al Pacino and Sean Penn.

Steve Harvey has been a stand-up comedian, a game show host, an author, and even a motivational speaker. Harvey discussed with Sandy Kenyon how he is adding "judge" to his resume.

In "Promised Land," he is patriarch Joe Sandoval, and his character boasts that he pours his "heart and soul into every bottle" he makes.

The young man who has just reached Sonoma wants to follow in his footsteps, promising that, "the house, the vineyard, one day this will all be mine."

"Those storylines are juxtaposed, play off each other in a very exciting way," Ortiz said.

Young plays his ex-wife, who tells him to, "play nice, Joe. I'm only the mother to three of your kids."

The performer said there's a battle among those kids for control of Joe's company.

"It's like 'Game of Thrones' taking place on a vineyard," Young said. "It's all, who will be there, who will get there, who can, who can rise to the top?"

In keeping with the tradition of her previous series, there is plenty of scandal here.

"It's boozy and fun and there's intrigue and ambition and backstabbing, but it's also a story I've never seen presented on television before," Young said. "I usually see the pursuit of the American Dream, it's usually politicized, and this is an immigrant's story that's all about the human beings. So I love that we'll all be able to see ourselves in these characters."

From actors to activists, Latinos and Hispanics share stories of celebrating their heritage, expressing their identity and representing their diverse cultures.

Ortiz has been a working actor for 30 years and has appeared in Oscar nominated films like "Silver Linings Playbook" opposite Robert De Niro. among many others, and yet this is the first he's been offered a lead role.

"This one is, feels special, feels different, and it's not just the size of the role," he said. "It really is because of the story and everyone around me who cares so deeply about this project."