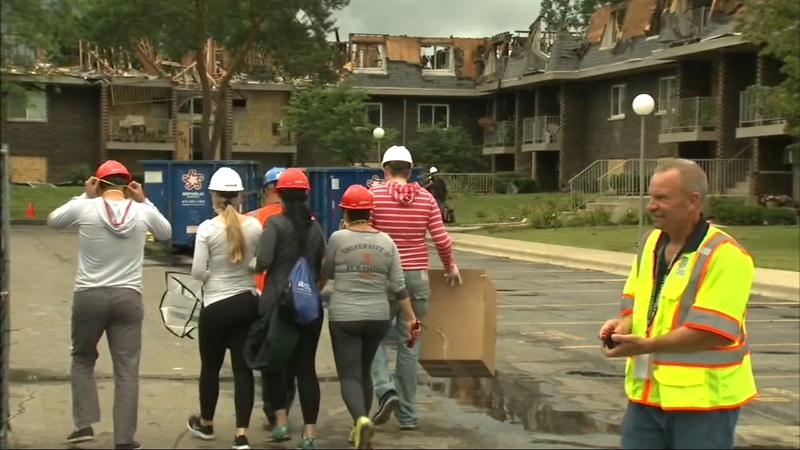 PROSPECT HEIGHTS, Ill. (WLS) -- Residents of a Prospect Heights condo complex that caught fire Wednesday were allowed to return to their homes Friday.

The fire destroyed more than 100 homes. A 12-year-old boy playing with matches was allegedly the cause of the fire.

Residents were allowed just 15 minutes to recover any possessions that survived the flames.

Officials said a safety inspection had been conducted prior to residents being allowed inside and safety gear was provided.

Only residents on the first and second floors were allowed to enter because the third floor was too damaged to allow access, officials said.

Veronica Knights pulled a few things from the remains of her father's water- and smoke-damaged unit, where the family lived for 31 years.

Others ventured inside and sift through debris to locate passports, documents, IDs and medications left behind as they rushed to safety.