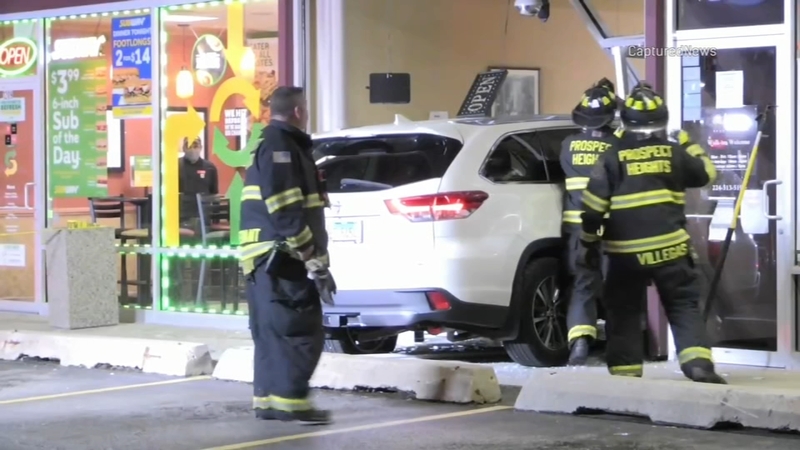 Prospect Heights Battalion Chief Mark Oeltgen said they responded to the initial report from the fire alarm for the building in the 1200-block of North Elmhurst Road and a short time later received phone calls about the crash.
Oeltgen said there were two people inside the car that crashed into the salon. He said that neither were injured.