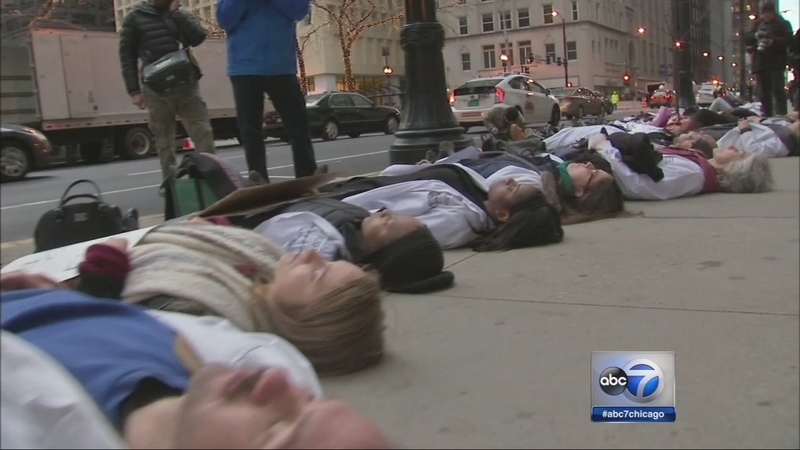 CHICAGO (WLS) -- About 100 medical students wearing white coats staged a "die-in" protest Thursday morning at Chicago City Hall -- one of many groups which continue to demonstrate after the dash-cam video of Laquan McDonald was fatally shot by police was made public.

The group, who called for Mayor Rahm Emanuel to resign, laid in silence in a line around City Hall for 16 minutes, signifying the number of times McDonald was shot by Chicago Police Officer Jason Van Dyke in October 2014.

The medical students from the University of Chicago, Rush University and other area schools said excessive violence by police officers and the lack of accountability is not just a public safety crisis, but also a public health crisis.

Also Thursday afternoon, protesters outside the Chicago Police Headquarters said the U.S. Justice Department needs to expand any police misconduct investigation it is conducting to include wrongdoing by Mayor Emanuel.

"We want the expansion of DOJ to reach the Mayor's office," said Bishop James Dukes, of the Liberation Christian Center in Chicago.

The group also wanted any federal investigation to look at all current and former employees of the Independent Police Review Authority (IPRA), the agency set up to investigate complaints against police officers.

At Federal Plaza in the Loop, members of the Chicago Alliance Against Racism & Political Oppression on Thursday said they submitted more than 50 complaints of police abuse to the U.S. Attorney's Office. They said they submitted last year a letter requesting a federal investigation.

Some members of the group met with a representative of Zachary T. Fardon, the U.S. Attorney for northern Illinois.

Late Thursday, about 150 people continued to gather in Federal Plaza, including family members of people who were killed by Chicago police officers. 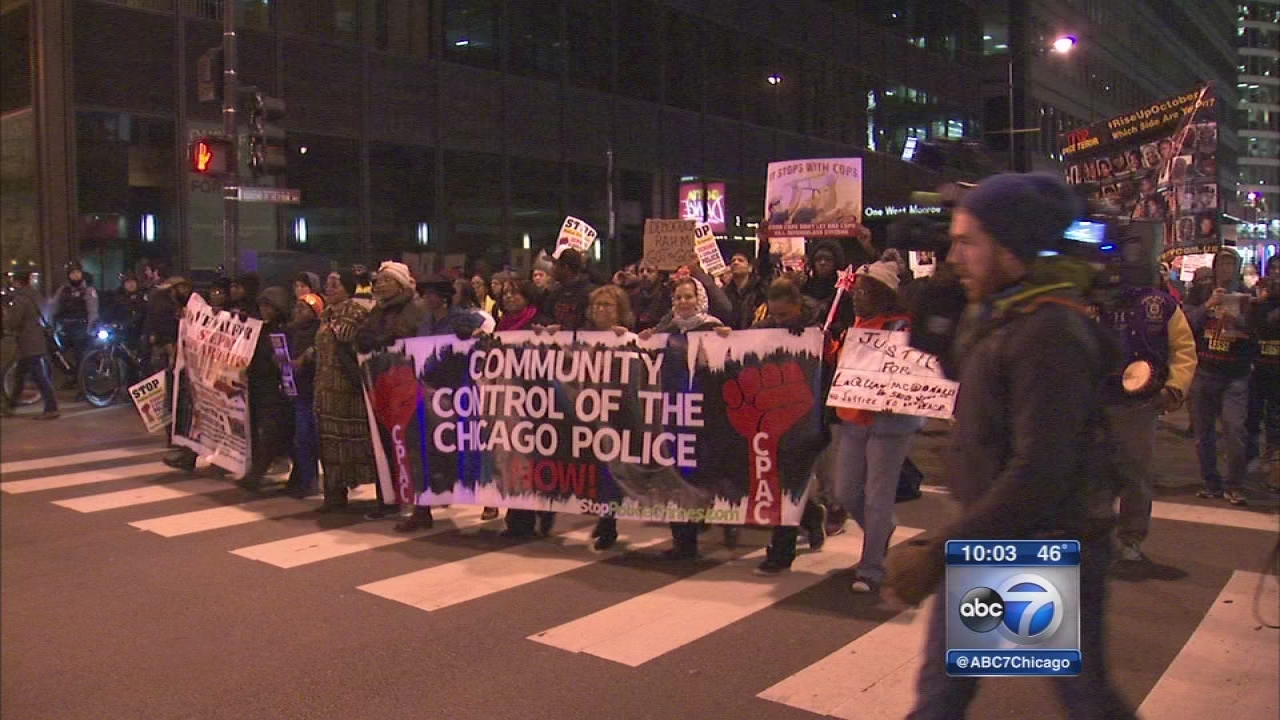 Pressure is mounting for Emanuel, who apologized on Wednesday, to step down. Hundreds of protesters took to the streets after his address. At issue is what he knew about the shooting when, how the investigation was handled, and why Officer Van Dyke was not charged with murder for 13 months.