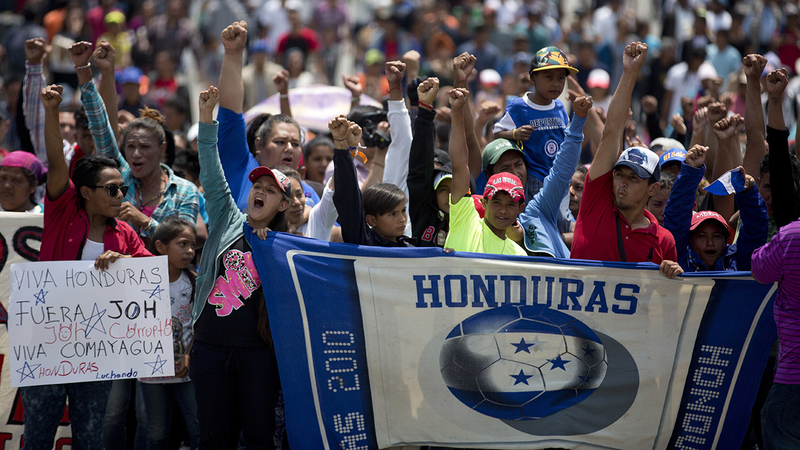 MEXICO CITY -- After days of protests and demonstrations in Mexico's capital, a smaller caravan of migrants is now traveling north to request political asylum in the United States.

At its largest, the caravan included more than 1,500 members. Although many have chosen to stay in Mexico to pursue asylum, just over 600 of them will continue traveling to the United States.

Its members are fleeing violence and political conflict in Honduras and other Central American nations. One Salvadoran caravan member said she fears for her life in El Salvador and feels she must continue to the United States in order to be safe from gang violence.

The smaller group left Mexico City on April 13. It's not immediately clear where the caravan plans to enter the United States or how long the next leg of their journey will take. The trip from Mexico City to Brownsville, a South Texas border city, is approximately 650 miles.

The caravan is organized by Pueblo Sin Fronteras, an organization that offers humanitarian aid to migrants and refugees on the move, according to its website.

"We ask that the U.S. government stop incarcerating immigrants in prisons and respect our fundamental right to seek asylum," Pueblo Sin Fronteras said in a news release.

U.S. President Donald Trump has repeatedly referenced the caravan on Twitter, writing earlier this month that it "had better be stopped before it gets [to the border]" and slamming Mexico's border security and immigration policies. While the caravan made its way through Mexico, Trump asked for thousands of National Guard members to report to the border as part of a larger plan to quelch "the lawlessness that continues at our southern border."

The big Caravan of People from Honduras, now coming across Mexico and heading to our “Weak Laws” Border, had better be stopped before it gets there. Cash cow NAFTA is in play, as is foreign aid to Honduras and the countries that allow this to happen. Congress MUST ACT NOW!

As part of a series of demonstrations held over the last several days in Mexico City, caravan members visited the United States embassy "to tell President Trump that we are human beings who deserve dignity."